A former smuggler and thief, Ariq—better known as the Kraken King—doesn’t know what to make of the clever, mysterious woman he rescues from an airship besieged by marauders. Unsure if she’s a spy or a pawn in someone else’s game, Ariq isn’t about to let her out of his sight until he finds out…

After escaping her fourth kidnapping attempt in a year, Zenobia Fox has learned to vigilantly guard her identity. While her brother Archimedes is notorious for his exploits, Zenobia has had no adventures to call her own—besides the stories she writes.

But when she jumps at the chance to escape to the wilds of Australia and acquire research for her next story, Zenobia quickly discovers that the voyage will be far more adventurous than any fiction she could put to paper…

Quick note: Hey guys! This might look familiar! That’s because it is, sort of. That amazing Steampunk serial The Kraken King is out in novel form now! Trust me when I say that it’s worth it.

My reviews which were pretty much my first impressions of the serial as I read, can be found here:

But for those of you who’d rather have it in one omnibus edition, now is your chance!

Zenobia Fox (Archimedes’ sister), is on her way to Australia with her friend, when their airship is attacked.

Ariq, former general and current governor of Krakentown is there and helps rescue Zenobia, although it seems she may have just rescued herself.

They are instantly attracted to each other, but there’s so much going on around them, both politically, and personally, that Zenobia doesn’t know if she can be with Ariq. One thing that starts as a Big Misunderstanding is quickly put to rest, though, and they are able to put that behind them. But adventure waits for no one, and they head off to the Smugglers’ Den where Ariq hopes to find some information, and Zenobia hopes to hire an airship.

But nothing is that simple, is it?

With everything from boiler worms, to abductions,  this is one action-packed story! In fact, I’d say it’s Meljean Brook  at her best. You guys definitely want this book. 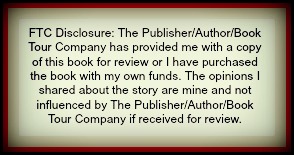