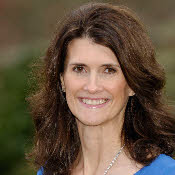 Hi everyone! I love finding new authors! A week ago or so I posted a review of Laurie London’s Bonded by Blood (which I’ll repost at the bottom)
and if you recall, I loved it! Well, we’ve got her on today, and she’s giving away a copy of her new release. I wouldn’t be surprised if Laurie London popped by and commented either, so one lucky commenter can find out why I love her new Sweetblood novel.

Thanks for having me on today!

1. What made you decide to write about vampires? And how did you make your vampires “different?” (what myths did you like and keep the same, did you change anything…)

Ever since my sister and I and saw Fright Night in the theaters eight times in a row, I’ve been fascinated by vampires, so it was natural that one day I’d be writing about them. If they had fan fiction back then (they probably did, but I didn’t know about it), I’d have rewritten the ending, making Chris Sarandon the good guy, not Charlie.

In the Sweetblood world, since vampires exist secretly, yet peacefully (for the most part) among humans, I knew they’d have to blend in very well. No bursting into flames in the sun, no sparkles, and no trace-like sleep during the day. They avoid the sun because the ultraviolet light weakens them—they’re unable to convert it into energy like we do. That’s why they need human blood and energy to survive.

They’re also not immortal. They’re born as infants, go through the Time of Change during puberty when the cravings and weakening effects from the sun kick in, and they live much longer than humans. But they do age. One of my favorite scenes in Bonded is when Dom talks to an old vampire friend who is like a father to him. Chuck is crabby, impatient, and has all the answers.

2. I see there’s another “Sweetblood” book coming out, when? Whose story?

Embraced By Blood, is the second book in the series and comes out in July.
Alfonso Serrano is a hunted man. For months he’s managed to elude the Darkbloods, vengeful foes who won’t rest until he’s dead. But he still craves one dangerous temptation: Lily DeGraff, the sexy Guardian agent he’ll risk anything to protect.
Lily is a wanted woman. Her talent for tracking Sweet-a rare blood type that’s addictive to vampires-makes her a prime target for enemy capture. Her only hope is the stealthy vampire operative who stole into her bed…then left her in despair. Danger aside-Lily won’t let Alfonso near her heart again-until an irresistible hunger draws them back together…and into an assassin’s snare.

3. And in your World of Sweet, who are the bad guys?

Darkbloods are vampires who believe it’s their right to feed from and kill humans—it’s their nature. While there are reverts (vampires who occasionally slip up and attack/kill humans), the Darkblood Alliance is an organized faction which sells blood on the vampire black market. The rarest blood, called Sweet, is highly addictive to vampires and, therefore, it sells for the highest price.

4. When you write, is there anything you need? (Music, a special lucky troll doll, a pen…Like I need coffee…I have coffee running through my veins where you mere mortals have blood 🙂

I drink lattes when I’m checking email in the morning, but when I write, I need green tea (or herbal tea if it’s late) and wear my noise-cancelling headphones.

5. How long did it take you to get a contract? Can you tell us a bit about your writing process, and your querying process?


Things happened fairly quickly for me. This was the first story I felt was good enough to send out to agents, so I sent it to those who requested it at ECWC and to those who wanted to see it as a result of a contest. One of those agents didn’t feel the project was quite right for her, but she referred it to a friend who happened to be on the list of agents I was planning to query.

6. Who are your “auto-buys” when you see a new book is coming out? (for me, I have been lusting and drooling over Shadowfever…and wow. Did it deliver)

I need to read that series! My friends have been after me forever to read it. I love anything by JR Ward, Gena Showalter, Alexis Morgan, Cherry Adair (her latest is sitting right next to me, tormenting me, but I’m using it as a reward when I finish what I’m working on), Lara Adrian, Jeanine Frost, Nalini Singh…my list goes on and on, as I’m sure yours does too. My TBR pile has grown lethally tall. If we had an earthquake in the middle of the night, all those books would come crashing down on me. Death by books—now that’d be a way to go!

7. And finally, would you like to plug your book, and tell us anything you’d like readers to know? (or anything you think I’ve forgotten?)

Dom and Mackenzie go through hell in Bonded…and I loved every minute of it! Fortunately, it’s not the last we see of them. Both are in the next book and, I’m afraid, Dom is a total ass.

My rating: 5 of 5 stars
I received this as an ARC from www.netgalley.com

Woot! to Alexis Morgan for pimping this book…it was great! Laurie London’s debut novel Bonded by Blood was fantastic! I loved our main characters, and I really enjoyed the plot and writing. I’d like to thank Alexis Morgan for mentioning Laurie’s book to me, as I probably would have ended up reading it at some point, but Alexis’ comments bumped it up to my “read now” pile.

This book released Jan. 18, 2011 but I was lucky enough to read it at the beginning of December.

Soo, Mackenzie is out taking pictures of a cemetery that might be used in a zombie movie-she’s the location scout. Whilst there, she hears a bit of a moan..then a plea for help.


Enter super-hot vampire male Dominic. He’s taken a silver bullet from the bad guys, but Mackenzie never finds this out since he grabs her and bites her neck. When Dom smells Kenzie, he can’t help himself…she is a rare Sweetblood, whereas most of us humans have normal blood, some have a better flavor. That means her blood is both delicious and highly addictive. It’s also an illegal substance for the vamp community. Oh, and he works for the Enforcement Agency. Oops!

The agency is trying to eradicate the dealers of “Sweet” and his motives are more than just for the greater good-and btw, isn’t it nice to see a normal hero? Not one who is merely doing good because it’s the right thing to do? I mean we all love a good guy, but his agenda includes revenge against the Overlord of the Darkbloods (those dealing the Sweet). Pavlos (the Overlord) raped his mom, killed his parents, and turned his brother into a Sweet junkie. So Dom’s playing for the good guys, but only because it fits in his own plans.


Kenzie is human as can be, but little does she know her blood is delicious and that the Dark Bloods (think drug dealers) will trap her to drain her blood and sell it as a delicacy on the vampire black market. But Kenzie is also much more than she seems. For generations, people in her family have been disappearing. Just up and gone. She’s constantly afraid that she will be next. And she lives her life that way-no deep friendships, no commitments, no boyfriends…lonely life.

When Dom took her blood at the cemetery, he created a bond with her that neither understand. Somehow, they are getting each others thoughts and feelings to a degree. The connection is intense and very sensual. But in the mean time, the Darkbloods are somehow becoming organized. This is a new development, as they have always been like a junkie in need of a fix. Drain the human and bail. Now they are trapping humans and keeping them alive…more Sweet to go around if they keep the food source.


I’ll have to stop myself here because there are a couple twists that I don’t want to spoil. But this is a great debut novel and has a great cast of characters. The side characters are fun and entertaining, and make me care enough about them to want to read Embraced by Blood when it comes out in June. and I’m absolutely enjoying my entry into Laurie London’s “World of Sweet.”