After an explosion that should have killed her, Caradine Scott barely escaped her criminal family by leaving her old identity behind her. These days she runs the Water's Edge Café in a rugged little town on the edge of nowhere, vowing never to let anyone close to her again.

Isaac Gentry is back home after his career in the military, playing the part of an unassuming local in Grizzly Harbor, while also overseeing Alaska Force's special ops work as the leader and commanding officer he was in the Marines and beyond. He has better things to do than obsess over a woman who claims she hates him, but every glimpse he gets of the vulnerability beneath her prickly exterior is a distraction...and a challenge he can't ignore.

When Caradine's demons catch up with her, her café isn't the only thing that blows up. Her past pushes them together, and closer to a future that's been waiting for them all this time. They just have to survive long enough to enjoy it.

I’ve really enjoyed this series! This book is Caradine and Isaac’s book and if you haven’t been following the series, Caradine is the owner of one of the few restaurants in Grizzly Harbor, Alaska. She cooks what she wants, opens when she wants, and she bans people from her restaurant whenever they get on her nerves. She’s in her thirties and grumpy and prickly and she’s been quite a character.

Isaac’s been in love with her since he met her. He knows she’s pushing people away on purpose to avoid any emotional entanglements, and he’s okay with that. He figures she’ll come around eventually. After all, they really seem to work well in the bedroom, so he figures one day she’ll quit kicking him out right after and tell him why she pushes everyone away. Meanwhile, his job running Alaska Force keeps him busy enough, and he’s patient enough, he plans to wait her out.

Caradine has no plans to tell Isaac anything. Ever. She’s come close to telling him and that scares her. She can’t have any friends or emotional attachments because one day she might have to bail and run, leaving everything behind. Leaving friends behind hurts, Also, they tend to look for you when you’re missing, and she may have to go missing one day.

The day comes that Caradine’s past catches up with her, and what she doesn’t realize is all those messy emotional attachments? She has them. And they have her. They aren’t letting her ghost them, and she has no idea what she’s got.

Isaac tracks her down and tells her flat out that he’s going to help her and that’s that. But he also listens to her, he doesn’t just throw her over his shoulder and kidnap her…okay, well he actually did do that, but after that part, he listened to her. The only reason he didn’t listen earlier is that she wasn’t talking. But he went along with her plan, and once her plan was set in motion, he took her back to Alaska which is really where the romance picked up. Once everything is out in the open, Caradine is surprised to see just how much her found family cares about her. She really thought she didn’t have any friends because she was prickly and cranky.

Caradine is stubborn, but she’s not stupid. She was very willing to listen to Alaska Force, she understood that she could become a liability if she strayed from the plan. I liked that a lot. I also liked that once her secret was out in the open, while she wasn’t as mean as she had been when she was deliberately pushing people away, she was still prickly and grumpy. I liked that she didn’t suddenly become all sunshine and roses, because we all fell in love with cranky Caradine. That was part of her charm. I also really liked Isaac’s mostly endless patience with her. There was a part towards the end that I didn’t see coming, but Caradine handled it well, and I liked how she pushed Isaac past his own comfort zone to see what he truly wanted. He’s so used to fixing everyone’s problems to escape his own, and she didn’t let him get a pass on his own issues and feelings.

I feel like with this series you get both the feel of a small town romance and an intense romantic suspense, the author blends the two well. With the found family trope, you really get a happy ending. Not just a happily ever after between two characters, but one with the whole of Alaska Force. I can’t wait for more in this series.

***Review copy provided by the publisher via Netgalley 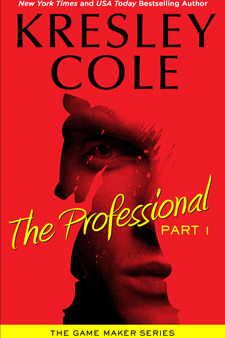