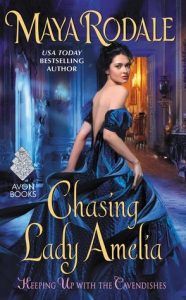 In the second novel of Maya Rodale’s enchanting Keeping Up with the Cavendishes series, an American heiress finds her reputation—and heart—in danger when she travels to London and meets a wickedly tempting rake

Terribly Improper
Lady Amelia is fed up with being a proper lady and wishes to explore London, so one night she escapes . . . and finds herself in the company of one Alistair Finlay-Jones. He’s been ordered by his uncle to wed one of the American girls. How lucky, then, that one of them stumbles right into his arms!

Totally Scandalous
Alistair and Amelia have one perfect day to explore London, from Astley’s Amphitheater to Vauxhall Gardens. Inevitably they end up falling in love and making love. If anyone finds out, she will be ruined, but he will win everything he’s ever wanted.

Very Romantic
When Amelia finds out Alistair has been ordered to marry her, he must woo her and win back the angry American girl. But with the threat of scandals, plural, looming . . . will he ever catch up to the woman he loves?

This is the second book in the Keeping Up With the Cavendishes series, and while I liked Lady Bridget’s Diary, I had a very hard time with this one from the get-go.

This book runs concurrently with Lady Bridget, and that’s cool because we get to see what happened when Amelia went missing during Bridget’s story. But then we find out more about her and boy I just didn’t like her. I take that back, if I’d been reading about a teenager, maybe I would’ve liked her. But she’s not. She’s an adult.

Series premise: The Cavendishes’ father was brother to the late duke. He married a commoner and ran off to America. The duke died, with no heirs, so their brother is next in line. The girls and their brother move to London. This is a fun series idea full of wild American girls who don’t know the rules, are crazy wealthy, and need to get married to fully secure the dukedom (duchy?). But this one wasn’t fun for me.

I get where Amelia is coming from. We’ve all had a moment in our lives where we are forced to conform or change in some way. It’s natural to rebel against the change. But you adapt. You grow up. You move on.

I feel like with Amelia, the whole book I was reading a sullen teenager. She acted out. She threw tantrums. She flaunted the fact that she didn’t care about following the rules. At no point did I feel as if I were reading about an adult.

At first she takes off her shoes at a ball because they pinch her feet. Okay fine, fairly innocent. But it just snowballs from there. And I think we’re meant to find her funny, impulsive, and endearing. Personally I found her immature, reckless, and not just impulsive, but almost mean. Like she was being brash and careless on purpose. I know she’s headstrong and angry she’s had to up and leave her life. But I don’t know, I guess I felt that at some point in the book we should have seen her realize how her actions affected her family. And there were several scenes where that looked like it would happen, but her behavior stayed the same.

I liked the hero just fine. Unfortunately what I’m sure the author meant as a thirst for adventure in her heroine, came off as impulsive and immature to me. So, I kind of wondered why he liked her.

I really am looking forward to Lady Claire’s book, though, because I like this author, and I like this series. I will say that if you can look at Lady Amelia as being impulsive and adventurous rather than immature, I think you’ll like this. 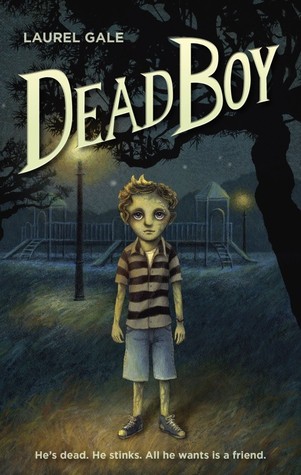 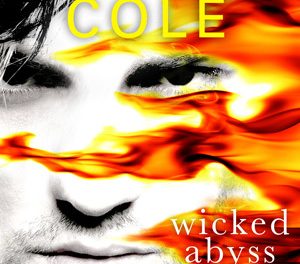