Take it Off Tuesday and IN MY BOX!

I’m combining the two things today…
TAKE IT OFF TUESDAY & IN MY BOX!
Both are related to my adventures at Comic-Con. 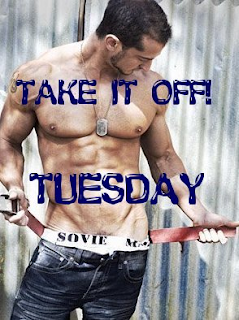 For take it off Tuesday, I want to introduce a local of San Diego that allowed me to stalk him at work. 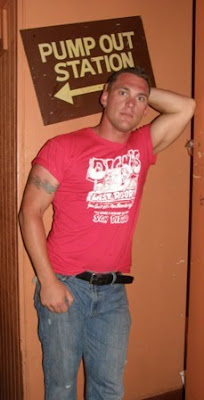 Meet Bruce.
He is a personal Trainer by day, lifts 5 times a week and a door man @ Dicks by night.
I think he has some serious potential… Don’t you? 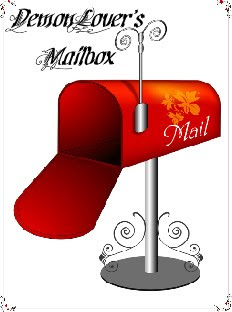 Besides what I received in the mail, I wanted to share what I scored at Comic-Con
In the mail I received:
WILD FIRE by Christine Feehan
THE BETTER PART OF DARKNESS(ARC) by Kelly Gay
MASTER OF SURRENDER by Karen Labke
WICKED PLEASURE by Lora Leigh
My booty from Comic-Con:
THE WAY OF SHADOWS by Brent Weeks
THE TAR-AIYM KRANG by Alan Dean Foster
THE DEVIL YOU KNOW by Mike Carey
PERIDIO STREET STATION by China Mieville
THE BECOMING by Jeanne C. Stein
ECSTASY UNVEILED by Larissa Ione
BLOOD PROPHECY by Stefan Petrucha
LUCAN by Susan Kearney
THE STRAIN by Guillermo Del Toro
DOUBLEBLIND by Ann Aguirre
CHEAT THE GRAVE by Vicki Pettersson
BRAIN JACK(ARC)  by Brian Falkner
NAAMAH’S KISS by Jacqueline Carey
A GAME OF THRONES by George R.R. Martin
CEMETERY DANCE by Preston & Child
HIS MAJESTY’S DRAGON by Naomi Novik
INCARCERON by Catherine Fisher
CLOCKWORK ANGEL by Cassandra Clare
HERO (ARC) by Mike Lupica
DID LSD KILL JFK? (ARC) by Tim Kring
CHRONICLES OF NICK by Sherrilyn Kenyon (signed)
GHOST GIRL by Tonya Hurley (signed)
THIRTEEN DAYS TO MIDNIGHT by Patrick Carman
CITY OF GLASS by Cassandra Clare
DARK EMBERS by Tessa Adams
FARMERS & MERCENERIES by Maxwell Drake (signed)
STORIES anthology
THE IMMORTALS by Paul Stewart/Chris Riddel
THE OBELISK by Howard Gordon
SOMON CAT by Simon Tofield (Fav cartoon)
THE REPLACEMENT by Brenna Yovanoff
SAPPHIQUE by Catherine Fisher
THE ETERNAL ONES by Kristen Miller
NIGHTSHADE by Andrea Cremer
MATCHED by Ally Condie
(galley ebooks)
IN THE DARK OF DREAMS  by Marjorie M. Liu
WAIT TILL DUSK by Jocelynn Drake
ETERNAL KISS OF DARKNESS by Jeaniene Frost
PRAY FOR DAWN by Jocelynn Drake
RAPTURE UNTAMED by Pamela Palmer
I know! Is that crazy or what??
Some of these you will see in future giveaways…stay tuned!

Book Review: Luck of the Wolf by Susan Krinard