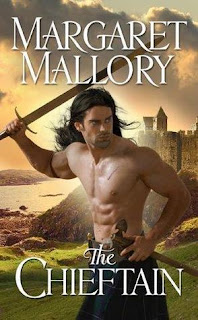 5 out of 5 flames
The Chieftain was everything I love in Scottish Romance: a dedicated-to-his-clan-laird, a likeable heroine, a great plot, and a villain worthy of the title.
I normally don’t like heroines like Ilysa, and yet I loved her. What I mean by that is, Ilysa is very passive, and very. . .calm. I normally like my heroines to be spunky and sassy and to fight with the hero a bit. Ilysa wasn’t like that at all, but she wasn’t a boring doormat either. The author managed to make Ilysa a wonderful and enjoyable character who I loved to read.
When Ilysa decided that she would be following Connor  to his new home, it made sense. She’d been running his castle for years now, so she’d go help him settle in. Her brother didn’t see it like that, though (uh oh).
Ilysa made friends with the Cook and pretty much most of the servants, and I loved how she won them over. She was a sweet heroine without being overly sweet, or perfect. You can’t help but love her, and you can’t help but feel her unrequited love for Connor as she does everything for him, but he barely notices.
Except…when he does notice.
Connor can’t get sweet, drab Ilysa from his mind lately. She always there, she’s always helping him, and he can’t figure out why he would have such lustful thoughts over his best friend’s little sister.
And then Ilysa has a vision.
To prevent Connor from dying, she locks him in his own dungeon. For 3 days. Uhh, locking a man in his own dungeon is bad, but the chief? Your friend, the man you love? Yikes. Of course once he’s out he orders her to leave. Which she does. But by morning he’s cooled off, and changes his mind. But it’s too late. Ilysa has left, and his castle is falling down around him. The food is horrible, there’s no order, and no one seems to know what to do.
Ilysa goes back home, and her friends decide to get her out of her drab clothes and dress her befitting her station. Their goal is to marry her off at the next gathering. There will be many chieftains there so it’s completely possible. And ya know what? She’s offered marriage by a clan chief! She also makes friends with an enemy of Connor’s. Big things are about to happen.
And then Connor sees her. And he doesn’t recognize her. (the jerk! LOL)
…And then he does.
He knows rage like he has never known when he sees all the men falling over themselves to speak with her.
And he can’t figure out why.
I loved their romance, but I really loved seeing the end of a plot that’s been running since the first book. Some old things were resolved, some new alliances were made, some were broken, and through it all Ilysa and Connor discovered that their love is more important than anything else.

For anyone who wants a delicious new Highlander series, Margaret Mallory delivers with her Return of the Highlanders series. 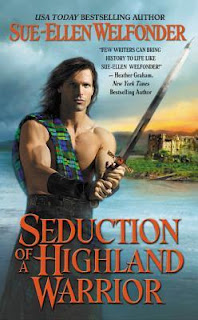 Fans of Sue-Ellen Welfonder won’t want to miss her latest in the Highland Warriors series. With everything from Highlanders to Vikings, ghosts to curses, there’s something for everyone. You won’t want to miss this third installment in a series full of adventure and romance.

What Rough Beast by HR Knight