The second story in The Brantons! (a short series)

Stressed out Teri Branton is determined to get the honeymoon cruise she paid for — even without the groom.

Neither is prepared for their electrifying first touch.

In this erotically-charged novella, they have one short week under the sultry Caribbean sun. Can Jared’s slow hand lead them beyond torrid sex into a lifetime of love?

*Slow Hand first appeared in the print edition of Pure Sex in Kensington Books’ Aphrodisia imprint. This version has been revised, updated, and is a little longer than the original.  Slow Hand is a companion book to Body Work (Goodreads, Amazon)*

Bonnie Edwards, a Toronto native, lives with her husband and pets on the rainy coast of British Columbia. Hiking the nearby woods inspires her earthy, often irreverent love stories. Occasionally she offers writing classes on line, please check her website for upcoming sessions. She has written novels, novellas and short stories for Carina Press, Harlequin, Kensington Books and Robinson (UK). 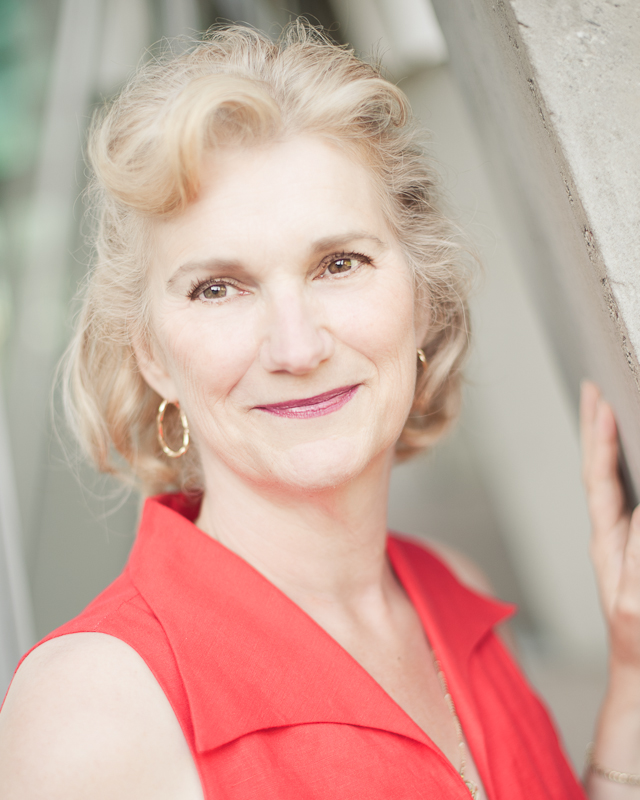 Writing has become one of those “be careful what you wish for” curses because once the challenge of characters, pacing, plot points, and emotional engagement rose before her, she couldn’t quit. It’s the challenge that compels her to write every day.

Sometimes her stories have a paranormal twist, likes curses and ghosts, other times not. But they’re always entertaining and guarantee a happy ending.

Captain Jared MacKay crossed his bare feet on the top rail of the SandJack and slid his cap down to cover his face. He deserved this nap, worked hard for this nap. He wanted this nap more than anything else he could think of.

But the unmistakable thrum of wheeled luggage on the dock intruded. He told himself to ignore the sound, to focus instead on the icy bottle between his fingers as cold droplets of condensation drizzled onto his belly. A chilly brew in his hand, the sun hot on his skin and the sound of the Caribbean lapping against the hull were all he needed to coax himself into sleep.

He let everything go and prepared to settle in but the staccato tap of high heels joined the low rumble from the dock. He gave in to his curiosity, tilted his cap back just enough to look. He kept his eyes slitted against the sun and watched the sure advance of a seductive piece of woman.

Minus the stilettos she’d be all of five foot two. Blonde, good legs, athletic body.

Her suitcase snagged on a rope Jean-Paul, his neighbor, had left strewn across the dock, and she turned to lift the wheels.

Her ass, encased in a short white skirt, was as prime as the rest of her. Taut, high and lush, her cheeks made a man think of molding her, opening her and sliding into tight, hot places.

Bad, bad timing MacKay. The luggage train told him she was most likely the bride half of his next charter clients. If this was his reaction now, heaven help him when he heard her cry out in passion.

Passion he had no hand in. Shit.

The SandJack was a solidly built thirty-five footer, but sometimes it was all he could do to ignore what happened below- decks, especially with a screamer.

And this petite blonde hottie looked like a screamer. He slid the bottle to his lap to cover his rod which had come to life at first sight of her. She’d gotten past Jean-Paul’s rope now and was headed his way again.

So much for his nap. Even if he did manage to catch one, it would be all about dreams anyway. Hot dreams. Scorching dreams. Nails-down-his-back dreams. He shifted his focus back to her.

Her eyes were shielded by wraparound sunglasses, but nothing could hide the exquisite bounce of breasts under the silky tank top she wore.

To keep himself in check, he looked past her, needing to see the man she had in tow. The guy would reek of money and success and would never know how the sight of his bride had kick started a lust as big as the SandJack herself. But there was no man following her, no man at the top of the pier paying off a cab, no man anywhere.

He swung his gaze back to the grim set of her lips, the wilted curl in her hair, the definite lack of makeup. Flustered, hot and disheveled, she didn’t look the way the brides usually did. She looked . . . angry.

When they’d spoken on the phone, her voice had been harried and demanding. He’d put it down to standard wedding nerves but now, seeing her rigid stride, he wasn’t so sure. There were people who were always imperious and he didn’t do well with imperious. Not well at all.

He’d keep that in mind for the next few days while he did his best to ignore her. He sure as hell didn’t want this itch all week, not if she continued to look so sour. He slid his cap back down to cover his face and waited for her to park herself and her luggage alongside. It wouldn’t do to look too interested. There was no telling when her man would show up. He didn’t want to be caught leering at the bride with a woody the size of a bowsprit.

As part of the Blog Tour, Bonnie Edwards is sponsoring an awesome Tour-Wide Giveaway!  Must be 18 or older to enter, contest open US & International!