Read the final book in the Endgame trilogy where blood is thick, but passion is thicker…

He kidnapped a princess to exact revenge.

Set up for a crime he didn’t commit, Ellis Bishop takes the law into his own hands to exact justice and clear his name. Unfortunately, that means he has to kidnap a crime boss’s daughter—a perfect mafia princess, set to become queen of a dirty empire. What he didn’t count on was falling for his mortal enemy’s daughter.

He wasn’t supposed to fall for her.

Arianna hates the man who kidnapped her, but soon she realizes that things aren’t what they seem. Ellis was framed by her stepfather and is trying to clear his name. If she helps him, it means betraying her family. But how can she turn her back on him when he’s innocent… when her stepfather turns out to be a monster she never really knew at all?

Finishing up the Endgame Trilogy, we finally have Ellis’ story. This was an exciting ending to the series.

In the first couple of books we know that Ellis was accused of spying and murder. He’s innocent but has gone to ground to prove it.

Arianna is leaving an AA meeting at a church when she is kidnapped. By Ellis. yeah, how does he come back from that one?

Ellis knows Arianna’s stepfather is the reason he’s been set up. I won’t spoil how or what, but he’s a mob boss and Ellis’ plan is to kidnap his stepdaughter and use her to flush him out. The problem in all of this is that Arianna lives completely separated from her stepfather. She’s an elementary school teacher and she knows absolutely nothing about Ellis or her stepfather’s business. Or the money. Or the drugs. Or the murders. (yikes right?)

This book is so well done. So. Good. Once he realizes Arianna truly is innocent in the whole thing, which is pretty early on, he realizes that he needs to fix things, and fast. Meanwhile she starts to see little “tells” so to speak that Ellis isn’t as bad as she thought at first. They have a chemistry they’re both fighting. Ellis, because he feels like garbage for kidnapping and scaring Arianna, and Arianna because she hasn’t felt attraction to anyone in a long time. These feelings for Ellis are surprising and she doesn’t know what to do about them.

As Ellis is very obviously falling for Arianna, he is still trying to clear his name and take down her stepfather. Meanwhile her father is making a move and it’s going to be big. The two of them tweak Ellis’ original plan to draw out her stepfather and protect her from his wrath at the same time. But some dirty feds and her crime boss stepfather aren’t going to make it easy for them.

The romance was believable, which is so hard when you have a kidnapping as your meet cute! But Ms. Reus did an amazing job with this book. I also love how she does little cross-overs into her Red Stone Security series. It’s such a fun way to connect series without really connecting them. With an excellent plot, strong characters, and white hot chemistry between them, this book is a solid ending to the trilogy. 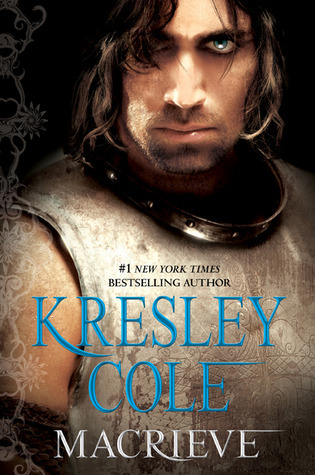