This was a hugely anticipated release on my part, not just because I love Cynthia Eden, but because it’s a Paranormal Romance! I think she writes the best Paranormals out there, and this book is no exception. In fact, it’s exceptional.

With a sassy and funny heroine, Ms. Eden takes a dark and gritty hero and lets him break his chains a bit. She doesn’t often write the sassy and fiesty heroines, but when she does, look out! She does them right!

Harrison is a hardened monster hunter. He’s spent his entire life being raised by his tough love dad. Attachments make you weak. Friends make you weak. You can’t ever have love since it makes you weak…you’re seeing the pattern at this point. But when he rescues a damsel in distress, his walls start cracking.

My favorite line was at the beginning when he first saw her:

“He had to save her. Blah, blah. He’d heard the story before. A million times. Just another night’s work for a hunter.”

Harrison doesn’t know what to think about her. She’s human, but she doesn’t act like a human. Not really. She’s really excited about mundane things, and says things like, “I think I need clothes. Everyone seems very concerned with clothes in this town.” As if it’s a weird quirk of the locals.

Elise needs Harrison’s help though. She’s in danger and at the moment she’s human. But with every Other coming after her, she’s worried she won’t see the next full moon.

I loved this. The story was fresh, the characters were new, the world was intriguing. The personalities were so different from this author’s normal vibe, and I loved it. I loved every bit of it. I really hope we see more PNR from Ms. Eden. 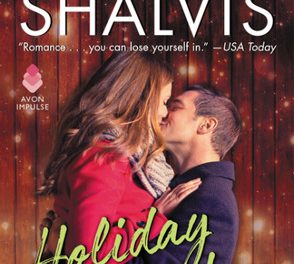