The Man with the Velvet tongue….Phil Gigante 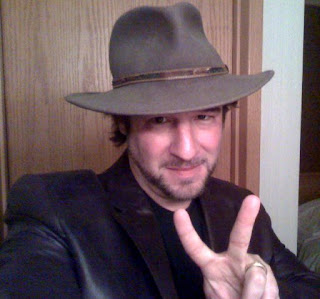 Okay, so maybe not so much the velvet tongue, but definitely the magical voice.
Meet Phil Gigante
aka: Jericho Barrons (Fever series)
aka: Gabriel Allon
aka: ALL the MacKeltar brothers (Highlander/Fever series) 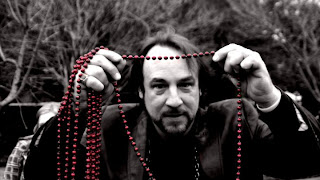 Phil’s decadent vocals need to be registered as a deadly weapon…
panties everywhere are spontaneously disintegrating from the heat of it all….
Don’t believe me? Give a listen:
Lips
You know what I want
Wool gathering
Castle Keltar
Whew! Well.. I’ve had the pleasure of chatting it up with Phil Gigante on more then one occasion and he never fails to delight. He is witty, charming and side splitting, laugh till it hurts hilarious. Pure talent just oozes from his pores
(“Mr. Gigante would you like a towel? Your oozing again”)
I asked Phil a few questions last night as a preview to our Special “Naughtilicious” radio program this Sunday night. It was hard, but I was able to ask a few serious questions between the laughter.
When did you start doing Audio books?
I started about 4 years ago.
What was the 1st fiction book you recorded?
Karen Marie Moning’s, Beyond the Highland Mist and Nora Robert’s , Blood Brothers
How do you feel about acting out the love scene, verbally?
In the beginning I blushed and giggled alot. But mostly I really got into the characters, tried to actually be in the moment and passionate or whatever the scene called for.
How was it doing some of the KMM highlander books and being 4 or 5 MacKeltars in the same room?
Terrifying! But I made it work. It was easy to define the characters due to the writing of the author, Karen Moning; she enabled me to give each character a different distinct voice.
The worst or hardest scene was at the end of ShadowFever, it included all the MacKeltars, Barrons and others totaling 11+ in the same room.
Did you like doing the Daniel Silva, Gabriel Allon books?
I loved the character Gabriel Allon, being a secret spy and the landscapes he takes you to in the books. They are so good. But, the thing I enjoy the most are his descriptives, how he details the surroundings in a scene. You are right there, in the moment and see everything the way he writes.
What is the hardest Accent to conquer?
Multi-faceted accents. Born in England, lived in Africa, then moved in Kentucky… What does that sound like? But it also can’t be wrong? Can it? Who would know…
Phil Gigante is a master at his craft. This year he’s received his 6th Nomination for an Audie Award for the Performance of “The Stainless Steel Rat” by Harry Harrison.
Phil was also named “Best voice in a mystery/suspense” by Audio File Magazine for the 2nd year in a row
I’m so excited to have Phil on the show with CandiNKelly
Please tune in this Sunday, 8PM PST/ 11PM EST for
NAUGHTILICIOUS

Book Review: Shadow of the Vampire by Meagan Hatfield