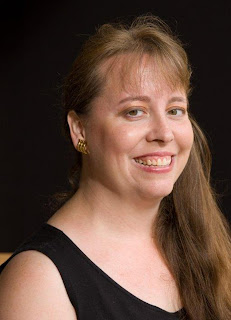 Debbie Viguié is the New York Times bestselling author of two dozen novels, including theWicked series and the Crusade series, both coauthored by Nancy Holder. Debbie also writes thrillers, including the Psalm 23 Mysteries and the Kiss trilogy. She has a degree in creative writing from U.C. Davis. Debbie grew up in the San Francisco Bay Area. She and her husband Scott live in Florida with their cat, Shrödinger.
Author links:
debbieviguie.com
www.facebook.com/authordebbieviguie
@DebbieViguie
***I had the opportunity to ask her a bit about Urban Fantasy. Not just the genre, but why she write it, and I asked her about why she made her main character a police officer. Her answers are awesome;  I hope you guys enjoy this as much as I did.*** 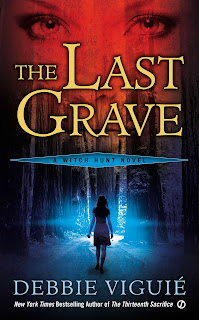 I write urban fantasy for a number of reasons chief among them being that I believe there is more to our world than meets the eye. I believe in miracles and I also believe in things that go bump in the night. Helping readers see that there are endless possibilities that exist and worlds that might be that we’re never aware of is exciting. Plus, frankly, most of the fiction I enjoy has something of the supernatural/paranormal to it. I think you can take any issue, any theme and make it considerably more interesting by adding those elements in.
I hate pure drama. I won’t watch it on television or film and I won’t write about it. Life is hard enough without watching other people’s suffering and often being reminded of your own. That’s not entertainment. However, you can take most of those same topics and storylines, throw in a witch or a demon or something of that nature, and suddenly the same storyline is palatable. A spoonful of supernatural makes the drama go down…in a most delightful way!
For Witch Hunt it was very important for me to make my heroine a police officer. She sees the worst in people while trying to live up to all that we hold as the best in a person. Her drive to protect and defend others had to be strong enough for her to overcome her terror of returning to the world of witchcraft. Had she been merely a survivor of the horrors of her childhood she would never have been in a position to know what was happening with the sacrifices in a way in which she could do something about it. Also, she would have been likely to flee, getting as far away from the evil and the witches that were conjuring it as possible.
Since I needed her to be pulled back into that world there had to be a terribly compelling reason that would trump every natural instinct in her body. I didn’t want her to have to rescue a loved one. Therefore, the logical choice was to have her spend her years since her deliverance working to protect the public and bring criminals to justice. She hero worships the officer who helped her when she needed it most. Also, she is doing a kind of penance whether her conscious mind is aware of it or not. She knows she was compelled to do terrible things as a child in that coven even if she can’t remember what they were. This is her way of making up for whatever those things were. She is still seeking balance. You can take the girl out of the magic, but you can’t take the magic out of the girl!
Tomorrow, March 13th, Debbie talks about the challenges of writing a series at www.paranormalhaven.com!
Book Burb:
“After her last case forced Samantha to expose her childhood upbringing as a witch, her fellow police officers couldn’t look at her the same. Reassigned to San Francisco, she is eager to put her terrible past as far behind her as possible, and start fresh. Unfortunately, escaping who you are just isn’t that easy. Her next assignment is the unusual murder of a local historian, and it’s clear that black magic is to blame. When her investigation takes her to the Santa Cruz mountains and a coven of dark witches, Samantha suspects that the murder and the recent tide of strange earthquakes are only a few pieces of the puzzle. As her own powers begin to go out of control and take her to the brink of her worst nightmares, Samantha knows that it’s only a matter of time—evil is coming”