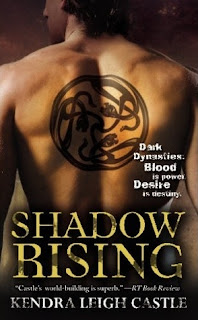 I knew I liked Damien from his first scene in Dark Awakening. He’s broody and sexy and may not seem to have much of a conscience, but he surprises even himself.

Damien is a Shade-an assassin, thief, jack of all trades-so long as those trades come with a paycheck. One thing that I thought made so much sense to me is that Damien was the youngest son of a titled nobleman-so he was a rake of the highest order. Dressed well, played hard, disappointed the family…

This has sort of scarred him, although he’d never admit it. But you can see it in how he interacts with everyone around him. His insouciant grin, his air of immortal ennui, devil-may-care attitude, Those are Damien just protecting whatever is left of his heart.

Enter Ariane. She is one of the Grigori caste of vampire. No one knows much about her kind, since they keep to themselves. The Grigori consider themselves “Watchers” so they very rarely interact. Ariane has left her isolated desert oasis home against her people’s orders to stay put, because her best friend, her only friend, Sammael has gone missing. She has no idea how naïve her people have purposely kept her, and how little she really knows.

Ariane’s whole purpose is to find her friend Sam. Damien has been hired by the Grigori to find Sammael and to turn in a renegade Grigori female if he sees her (Ariane). When he sees her, turning her in is the furthest thing from his mind. In fact they team up to help each other, which goes against all the rules of the House of Shadows. The two of them initially are trying to find Sam, but the more they discover, the deeper his disappearance goes.

I really want to tell more, but I’ll have to stop myself. I’ll keep this one short and sweet: Shadow Rising, the third book in the Dark Dynasties series, is a great book with a new take on vampires. With emotions ranging from dark and intense, to sweetly satisfying, this book delivers.

***Thank you to both the author and netgalley.com for the eARC