Review: Why Dukes Say I Do by Manda Collins

With her whirlwind social life in London, Lady Isabella Wharton has little interest in the customs of the country. But when her godmother asks her to pay a visit to her bachelor grandson in Yorkshire, Isabella can’t refuse. It behooves her to please the old dowager, since she harbors one of Isabella’s most scandalous secrets. So off she goes to see the newly-titled—and notoriously rustic—Duke of Ormond…

WHERE YOU LEAST EXPECT IT

Trevor Carey doesn’t care about what goes on behind ballroom doors. He is content with the simple life—and isn’t ashamed to admit it to a society flirt like Lady Isabella. But the country air brings out a different side of Isabella—one full of longing and passion. Can her sophistication be hiding a desire for love? When a blackmailer from the city arrives to threaten Isabella, Trevor will shield her from harm—even travel to London. Can the duke tackle the ton on Isabella’s behalf …and manage to keep her all to himself?

Well it isn’t every Romance novel that opens with a murder.

I really enjoyed Manda Collins’ Ugly Ducklings series, so I was looking forward to this start of her new series the Wicked Widows. This begins, as I said, with a death.

The Lady Isabella Wharton is trying to remove her sister Perdita from a brutal marriage to the Duke of Ormonde. Their friend Georgina has a pistol and shoots him while Isabella is trying to get Ormonde to drop the knife from Perdita’s throat. However he falls on his own knife. That is how the Duke of Ormonde came to be both stabbed and shot. The family helped cover up the ladies’ parts in his death, but no one really knows which was the fatal blow-the purposeful shot, or the accidental stabbing.

The next scene shows the dowager duchess, Ormonde’s grandmother and Isabella’s godmother, blackmailing Isabella to go to Yorkshire to bring home her other wayward grandson, the new Duke of Ormonde. He wants absolutely nothing to do with the title or the family, so for Isabella, this won’t be an easy task.

Isabella doesn’t really know what to expect, but Trevor isn’t it. He definitely has a chip on his shoulder about the Dukedom and his family (who cut off his father without a cent), but Isabella won’t give up. She can’t. When someone starts leaving threatening notes in her room that say “I know what you did last Season,” she realizes that she might not be free of her brother-in-law’s death. Does she dare confide in Trevor?

This was a slow romance. They didn’t even kiss until about halfway through the book, but it worked for the story. Besides, once they did kiss, it was delightfully steamy and worth the wait. The mystery is only partially solved, but that’s because there are after all, 2 other ladies who were involved in what happened last Season.

I didn’t like how there had been a subplot with the Dowager Duchess and it was left hanging. I’m sure it will be shown in the next book, but it felt like it should have been taken care of in this one. I did however like the plot, the characters, and I look forward to the next installment in Manda Collins’ Wicked Widows.

***ARC courtesy of the author and St. Martin’s Press 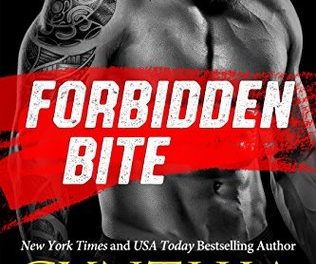