No Escape From War by Cynthia Eden

I received this book for free from NetGalley in exchange for an honest review. This does not affect my opinion of the book or the content of my review.

No Escape from War by cynthia eden
Published by Hocus Pocus Publishing on May 25, 2021
Pages: 217
Format: eBook
Source: NetGalley
Buy on Amazon
Goodreads

Revenge. Oh, it was going to be sweet.

Warren “War” Channing finally has the chance to nail his beautiful, lying ex. And, no, he doesn’t mean “nail” in the down and dirty sexual way…War means he has the opportunity to send the lovely and infuriating Rose Shadow to jail. Turned out, the woman who had shattered his heart beneath her high heeled shoes was wanted for murder. She was on the run, and he was just the man to hunt her down and toss her into the nearest cell…War could hardly wait.

He was the last man she expected to need.

The breakup had been ugly. Painful. It had ripped out her heart and left her in a sad, crying heap as she ate her ice cream, but Rose had moved the hell on, and she had sworn to never, ever need War again. Except, well, now she did need him and his sneaky skills because Rose was in trouble up to her eyes. The kind of trouble that could wreck a woman’s life.

Rose has cracked the story of a lifetime. She’s uncovered a brutal serial killer who has been hiding in the shadows—only now, she is his next target. The cops think she’s involved in the string of murders because maybe her DNA had been at a crime scene and maybe she’d been spotted by witnesses at another location, but Rose is a reporter—she’d been at the scenes because she was tracking down the real killer. Now, though, because War has caught her, Rose is out of time and options. War is former special ops. He’s the best PI in town. And he’s the man who gave her more pleasure than should be legal…Too bad that he’s also the man who hates her the most.

They make a grudging deal—she’ll pay him anything he wants if he just gives her forty-eight hours before he turns her over to the cops. During that forty-eight hours, he will help her track the real killer. When the clock runs down, she’ll be out of his life for good. Except…a whole lot can change for two people in forty-eight hours. Hate can turn into desire. Need can rage out of control. And a love that you thought was long dead? It just might flash to life again.

Provided, of course, that the murderer hunting Rose doesn’t manage to kill her before she and War can catch him. Forty-eight hours. The countdown starts now…

This book did it for me. Like seriously, the plot, the characters, the writing. All of it A+

Warren War Channing is a PI who just got his dream plopped into his lap. His cheating and lying ex is wanted by the police for a murder and he’s been hired to drag her in. Sweet, sweet, delicious karma.

Rose doesn’t lie or cheat, so the breakup was pretty bad, considering War thinks she’s done both. And the fact that she still dreams about War really sucks. In fact, everything about her life really sucks right about now. She’s a reporter who got a bit too close to a story and now she’s a person of interest in a murder investigation. And having her ex show up to drag her to jail isn’t exactly high on her bucket list.

When he catches her and she tries to tell her side of the story, he wants to believe her, but…she’s a liar, isn’t she? Until he sees firsthand how bad it is. She really is telling the truth, and maybe she’s been telling the truth all this time. Rose and War don’t realize how much of what has happened in the past was orchestrated by someone else, and when they start to get a glimpse of just how much is going on, and how deep it goes, they know they need to face it together.

What I loved the most about this story is that the Big Misunderstanding is cleared up by about a quarter of the way through the book. We don’t have the feeling of wanting to shake the characters and shout, “Holy crap just have a freaking conversation like adults!” and even better, we don’t realize there even is a Big Misunderstanding until the characters do. It’s genuine, it’s organic, and it feels right to the storyline. Excellent storytelling.

This book was action-packed, full of romance, steam, excitement, and every word was amazing. I look forward to the next book in this series. I will always clear my schedule for a Cynthia Eden book.

Review: Rumor Has It by Jill Shalvis 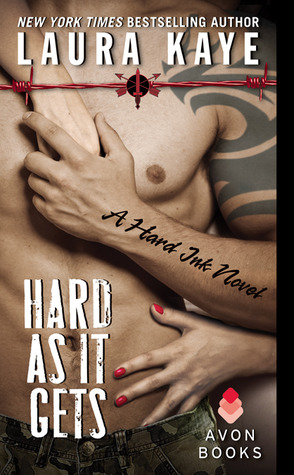