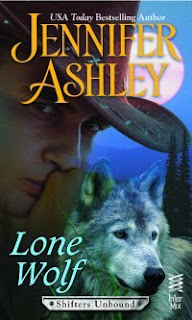 4 out of 5 flames
This is Ellison’s story (it’s a novella, but a longish novella which is kind of a treat), and I really like Ellison. He’s a handsome wolf shifter who loves Texas, and likes to show it. From his big belt buckles to his boots, he loves how “everything’s big in Texas.” It’s part of his charm. He has always helped the Morriseys out, and he’s always in a good humor. But he’s also lonely.
Maria was one of the women rescued from a horrible situation a few books ago in Wild Cat (basically she fell for a cute boy who wasn’t a boy but a shifter. He convinced her to leave her family and move in with him. His pack was a bunch of feral shifters who caged the women and used them horribly). Maria finds out taht the old adage “You can’t go home” is true. She chooses to stay in the Austin Shiftertown and she picks up any and all jobs she can. She works hard. She learns English. She studies to take the SATs so she can go to college. But throughout all of these things, she keeps to herself and won’t let anyone near.
Until one of the other wolves decides to mate-claim Maria. Ellison steps up to defend her, especially since she rejects the mate-claim. But the fact that she is unmated and there’s a scarcity of women is a real issue.
A favorite part of this story for me is a scene where Ellison decides Maria needs to learn to have fun. He takes her skinny dipping and he wears his cowboy hat in the water. He knows it’s ridiculous, but he also knows Maria thinks it’s funny. And she laughs for him. For him, that’s enough. It’s such a simple, silly thing, and I found it endearing.
But this isn’t just about their beautiful romance. Unfortunately someone tries to steal Olaf (the polar bear cub she’s babysitting). And we find out there’s a demand for stolen shifters. These bad guys have been doing this for a while. And they’re very good at what they do. So good, in fact, that Connor is kidnapped!
Getting him back isn’t going to be easy, but nothing for shifters ever is. And of course, just because the book is over, doesn’t mean it’s the end.
Anyone who love shifters, or wants a new take on shifters (in this series, they are treated as second-class citizens), then I absolutely recommend this series. Another strong addition to a favorite series of mine, Lone Wolf delivers.

***ARC courtesy of Penguin and netgalley