Bailey Thorne doesn't hate Jake the Rake, just despises him. She blames the rumor mill at her school...and, okay, him. His adorable son has only been in preschool, but Jake has already made an impressive dent in dating the unmarried faculty. She's had to hear of his every exploit from the broken hearts he's left behind. She was fine to loathe him from afar, but now his son has entered kindergarten--and she's the teacher. It's going to be a very long school year.

Jake Polaski was more than fine to avoid Ms. Thorne after it became clear she was not amused by his very existence. But then they get stuck in an elevator for an evening. He finds out that underneath that baleful glare she always gives him, lies a warm, funny and sexy as hell woman. He does his best to not be smitten after every exchange afterward. His son needs him rational, steadfast...and love is the most uncertain thing.

It was the elevator's fault. Had it worked like it should, Bailey would have gone on with her life without seeing why so many of her co-workers had fallen for the grumpy single dad. (It's his dry wit, his playful teasing and the drool-worthy cut of his jawline.) And now she's caught in the way he doles out smiles and the dark depths of his secrets. If nothing else, she knows from rumor there's a clock ticking on their affair before it implodes because things always do with Jake the Rake, but she can't seem to walk away first.

Jake the Rake is all Bailey hears about all day long at school. She’s a kindergarten teacher and he’s slept with a few of the teachers while his son was in Pre-K. She is not impressed.

But Jake’s son is in her class this year, and he’s such a delight. Too bad his dad is nothing but grumpy.

Until one day when they get stuck in an elevator and really connect.

I’ve read this author before and so far I haven’t been let down. She writes enjoyable character-driven stories with likeable heroines and relatable heroes. I loved Bailey, I loved her brothers, and I loved how she handled Jake and his son. This author has a deft hand at making difficult issues seem easy in how her characters deal with them.

I enjoyed this novella a lot. It was easy and happy and just what I needed. This is a light and fluffy happy book. It’s short and sweet and if you need some escapism right now (I mean who doesn’t, right?), this is a happy way to pass the time.

No Exit by Lena Diaz 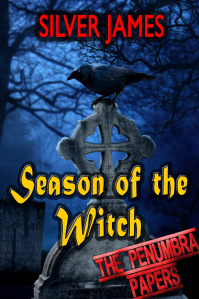