Posting 4 books at once… 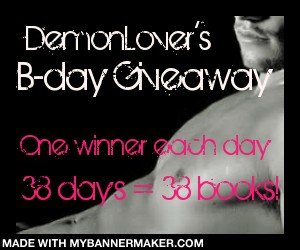 Book 24: The Sins of Lord Easterbrook

Journey back to a time of scandal, intrigue, and reckless desire in Madeline Hunter’s sensuous new novel, the tale of a man who will give up everything for the woman he’s determined to possess—even reveal his most sinful secret.

Only a desperate mission could bring Leona Montgomery face-to-face with the scoundrel whose dangerous sensuality once sent her fleeing from his arms. But she has under-estimated Christian, Marquess of Easterbrook. As irresistible as ever, his past swathed in mystery, Christian has his own plans for the woman he has waited seven years to claim. Yet once desire reignites, bringing a dangerous secret into the open, Leona will find herself bound to the seductive nobleman in ways she could never have imagined. Seven years have changed nothing: this man can tempt her to ruin with just one touch. With Leona’s reputation and hopes for her family’s salvation in tatters, she must follow the only course left to her…even as each step brings her closer to a shattering truth and a passion she can no longer live without.…

Book 26: HERO (ARC COPY)
by Mike Lupica
Fourteen-year-old Billy Harriman can feel the changes. The sharpening of his senses. The incredible strength. The speed, as though he can textmessage himself across miles. The confidence and the strange need to patrol Central Park at night. His dad had been a hero, a savior to America and a confidante of the president. Then he died, and the changes began in Billy. What Billy never knew was that his father was no ordinary manÑhe was a superhero, battling the worldÕs evil. This is a battle that has been waged for generations and that knows no boundaries. And now itÕs BillyÕs turn to take on the fight. ItÕs BillyÕs turn to become a hero.

Book 27: The FIRE
by Katherine Neville

Katherine Neville’s groundbreaking novel, The Eight, dazzled audiences more than twenty years ago and set the literary stage for the epic thriller. A quest for a mystical chess service that once belonged to Charlemagne, it spans two centuries and three continents, and intertwines historic and modern plots, archaeological treasure hunts, esoteric riddles, and puzzles encrypted with clues from the ancient past. Now the electrifying global adventure continues, in Neville’s long anticipated sequel: THE FIRE2003, Colorado: Alexandra Solarin is summoned home to her family’s ancestral Rocky Mountain hideaway for her mother’s birthday. Thirty years ago, her parents, Cat Velis and Alexander Solarin, believed that they had scattered the pieces of the Montglane Service around the world, burying with them the secrets of the power that comes with possessing it. But Alexandra arrives to find that her mother is missing and that a series of strategically placed clues, followed swiftly by the unexpected arrival of a mysterious assortment of houseguests, indicates that something sinister is afoot. When she inadvertently discovers from her aunt, the chess grandmaster Lily Rad, that the most powerful piece of Charlemagne’s service has suddenly resurfaced and the Game has begun again, Alexandra is swept into a journey that takes her from Colorado to the Russian wilderness and at last into the heart of her own hometown: Washington D.C.1822, Albania: Thirty years after the French Revolution, when the chess service was unearthed, all of Europe hovers on the brink of the War of Greek Independence. Ali Pasha, the most powerful ruler in the Ottoman Empire, has angered the sultan and is about to be attacked by Turkish forces. Now he sends the only person he can rely upon–his young daughter, Haidee–on a dangerous mission to smuggle a valuable relic out of Albania, through the mountains and over the sea, to the hands of the one man who might be able to save it.Haidee’s journey from Albania to Morocco to Rome to Greece, and into the very heart of the Game, will result in revelations about the powerful chess set and its history that will lead at last to the spot where the service was first created more than one thousand years before: Baghdad.Blending exquisite prose and captivating history with nonstop suspense, Neville again weaves an unforgettable story of peril, action, and intrigue.

WOW. Well you know the drill by now….
Post a comment below and you’re entered for all 4 of these books!

The question… What are your plans for this weekend?

If you don’t know the rules, see Friday’s post.

Otherwise, you have till Sunday at noon (PST) to enter.

WINNER! of book giveaway is…

Book 20/21 in the DemonLover’s Bday Giveaway!