YOU WANT THIS BOOK

In HARD MATED, jaguar shifter and fight-club champion Spike discovers he has a cub, which changes his entire life, as does the sassy horse trainer who’s there to make sure he’s the best dad he can be.

In NIGHTWALKER, Janet Begay, a Stormwalker who runs an inn that’s a refuge for paranormals everywhere, must protect her shy-by-day, rampaging-at-night vampire guest from being hunted by slayers. Mick, Janet’s dragon boyfriend, is on hand to supply fire, humor, hot nights, and to battle alongside Janet against forces that want to unmake the world.

THE CALLING beings the bestselling and award-winning Immortals series with the story of immortal warrior Adrian who is searching for his brother Tain, and needs the assistance of the beautiful witch Amber to help him. He and his Immortal warrior brothers begin a battle against death magic to keep the world from sliding into absolute darkness.

Each novel is a standalone and tells an entire story in its series. Enjoy!

This is 3 books in one package for FREE. Jennifer Ashley has put the books Hard Mated, Nightwalker, and The Calling into one for us and it’s awesome.

The Calling-Let me tell you, The Calling is the book that hooked me on her writing. Back in the heyday of PNR (early to mid 2000s), I felt like everything was so similar. This series was not just different, but extra different. We have immortals, all from different pantheons, and there are 3 different writers doing this series-each takes a book and a hero/heroine.

Adrian is an Egyptian demi-god who winds up helping a witch help kill a demon. Amber and Adrian have to defeat some demons, and bring the other demi-gods together to save the world and their brother. Each book (8 books total) forwards the series arc, and it’s really a great series, with a style I haven’t seen duplicated.

Nightwalker-The next book is from her Stormwalker series. It’s the fourth book, but you should be fine reading it. Janet and Mick help one of the guests in her hotel, Ansel, a vampire, whose friend has gone missing. But the magical curses and beings that seem to find Janet cause trouble. Add that to the fact that her lover Mick isn’t behaving normally either, and the mystery seems bigger than just a missing woman.

This is a fantastic Urban Fantasy series, and I’d grab the first few books just because they’re so good.

Hard Mated– This is from her Shifters Unbound series, which is another amazing series. Spike is a shifter fighter, and Myka is a human whose best friend died leaving behind a shifter baby. Spike’s baby. And the mother wants Spike to raise the cub. Myka isn’t so sure that’s a good idea. And then she meets him.

This is a novella, the other two books are full length novels. 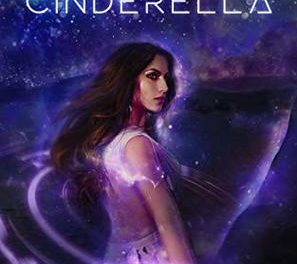