New from #1 New York Times bestselling author Meg Cabot, a dark, fantastical story about this world . . . and the underworld.

Though she tries returning to the life she knew before the accident, Pierce can’t help but feel at once a part of this world, and apart from it. Yet she’s never alone . . . because someone is always watching her. Escape from the realm of the dead is impossible when someone there wants you back.

But now she’s moved to a new town. Maybe at her new school, she can start fresh. Maybe she can stop feeling so afraid.

Only she can’t. Because even here, he finds her. That’s how desperately he wants her back. She knows he’s no guardian angel, and his dark world isn’t exactly heaven, yet she can’t stay away . . . especially since he always appears when she least expects it, but exactly when she needs him most.

But if she lets herself fall any further, she may just find herself back in the one place she most fears: the Underworld.

I am a huge fan of Greek mythology, and of author Meg Cabot.  So, when I came across Abandon, I knew I HAD to read it.  Abandon is a modern take on Persephone and Hades.  In this book, Pierce is the Persephone character.  From the time Pierce was a young girl, she had an attachment to a mysterious figure who lived in the cemetery on Isla Huesos.  Pierce and her mother recently moved to Isla Huesos after an “incident” Pierce was involved in at her old school.  Pierce has issues, she spaces out a lot and had never gotten over the time she spent on the “otherside” when she died at the age of 15.  When she died, she recognized her cemetery friend, John, who kidnapped her to keep with him in the underworld.  Pierce escaped the underworld, but since that time, John showed up at the worst of times and Pierce was never the same again.

Overall, I enjoyed reading Abandon.  I love the mythology and am intrigued by the modern take on Persephone.  However, the story unfolded in a way that felt disjointed.  The timing jumped around and I was often confused.  By the end of the book, I had a clearer picture of the timeline of events and characters, but the journey to get there was not very smooth.  As for Pierce and John, they are, like most teenagers, lacking in their communication skills.  Pierce is awkward when talking to John, and pretty slow to catch on to what’s really going on.  John is a powerful character, but he never stops to consider how his action affect Pierce.  Both of them have some maturing to do.

Despite the fact that the story felt disjointed, I was caught up in it.  There are secondary characters who are colorful and interesting.  I love the setting, the Isla Huesos is a perfect place for mysteries and death deities to lurk about.  Abandon was a quick read for me and a story that I enjoyed.  I am likely to pick up the rest of the books in this series since I am a Meg Cabot fan and I am curious to see what comes next for the characters.  Abandon is only the first book in the series, so the ending left the story pretty wide open.  Readers who enjoy Young Adult paranormal books would likely enjoy this book.  My rating for Abandon is 3.5 of 5 stars.

As You Wish by Cary Elwes 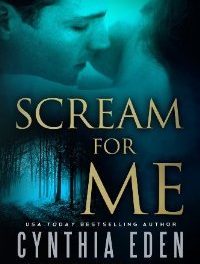 The Warlord by Gena Showalter