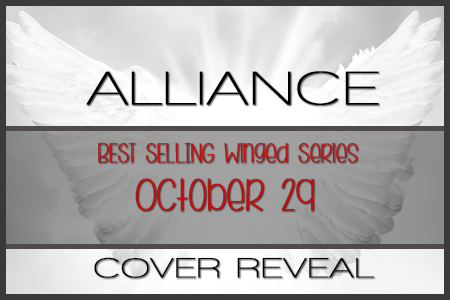 Well friends, we have some more exciting news! The best-selling Winged series from author L.M. Pruitt is getting a makeover as well as an exciting NEW addition. Each book will have all new covers. On top of all that Alliance is almost here. You all are getting a sneak peek at the next thrilling book in the series! You can purchase her books here  AMAZON | BARNES AND NOBLE

I fell from the Talmadge Bridge the week before I turned thirty. I was given a choice: Go to Heaven. Go back to my life in Savannah. Or spend eternity fighting evil under the direction of the archangels. I chose the demons–and the angels. I chose the Winged.

In the last year, Joanne Watson has died, fallen in love, fought demons and earned her Wings. None of that compares to what’s coming next…. Life as a member of the Winged isn’t perfect–or easy. There’s always some new camp drama. There’s always a demon ready for a fight. There’s always death. And now there’s the Resistance.Joanne must choose again, this time between her fellow Winged and their burning desire for change or the archangels and the eternal vow she made. Even in the afterlife, one truth remains–everything ends

In the last year, Joanne Watson has survived repeated attempts on her life, wholesale slaughter, and the dissolution on the cornerstone of her new existence. And the hard times are only beginning. As the line between right and wrong, friend and foe, and good and evil continue to blur, Joanne is forced to face another irrefutable fact. The most dangerous demons to fight are the ones you can’t see.

The last six months have seen more death and destruction than any could have predicted. And the war is only beginning. With the fight taking Joanne and her friends from city streets to abandoned farms to the center of the earth, only one thing is certain. The hunters are now the hunted.

L.M. Pruitt has been read

ing and writing for as long as she can remember. A native of Florida with a love of New Orleans, she has the uncanny ability to find humor in most things and would probably kill a plastic plant. She knows this because she’s killed bamboo. Twice. She is the author of the Jude Magdalyn series, the Moon Rising series, and Taken: A Frankie Post Novel. Her current series, WINGED, is about the choice one woman makes after dying. The first four books in the series are available now. Ms. Pruitt is releasing the next book in the series, ALLIANCE, November 2013.

L.M. Loves to hear from her readers … Look her up on any of the following lmpruitt.org/|  TWITTER | FACBOOK

Now what you’ve all been waiting for… the sneak peak at Alliance:

The Fallen have one goal–storm the gates of Heaven and reclaim their heritage.

The Winged have one mission–to prevent it all costs.

From North America to Africa, Europe to South American, the stage is being set for the final battle, the one to end all worlds, and with it comes an ugly truth.

Cover Reveal! @SusanSquires’ Do you believe in magic? has a new look