What happens when a centuries-old vampire who's allergic to magic falls for a very modern witch? Mayhem, madness, and romance!

Alyssa Day has changed her style a bit. The Cardinal Witches series might be a spin-off/cross-over with her Warriors of Poseidon, but they really are lighter and funnier.

William is an old vampire who’s been cursed to be allergic to magic. Isn’t it just his luck that he’s falling in love with a witch?

Amy comes from a long line of garden witches, and her bad blind date is the most excitement she’s seen since the basilisk infestation from Alejandro’s Sorceress! But when a 300 year old vampire helps her fight off a couple of would-be muggers, he decides to ask her for help. Even if she can’t cure his magic allergy, maybe she’ll know someone who can?

This series is comprised of short stories that are more PNR lite, and they’re easy and fun. But, sadly, there hasn’t been much in the way of steamy sexytimes. I think it’s the new style. But the story was fun and romantic, and I love the kooky Cardinal witches. They’re silly and would probably be great fun at a party;)

The ending was very open, in the sense that Amy and William are off to travel the world looking for his cure, but I’m hoping to see more of them in Damon’s Enchantress. 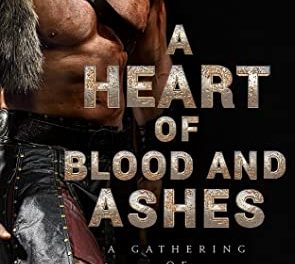 A Heart of Blood And Ashes by Milla Vane

Suddenly One Summer by Julie James