In this second installment in the Watchers series, we see Nayeli and Griffin as soul mates. In this series the warriors (fallen angels) need their soul mates to help them fight the forces of darkness. It’s got a cool concept where each woman has a unique “gift” but their gifts all work together. In the first book, the heroine saw the ghosts of the recently killed, and had a short amount of time where she could ask them questions about their killer. The bad guys in this series are demons.

Our heroine Nayeli has been institutionalized her whole life. She doesn’t know she has a gift, to her it’s a curse-she can hear demons. They speak in their demonic language and it actually hurts her to hear them. In the hospital she’s been kept in, they usually have to sedate her a few days after the first voices appear. She might have a few days free of demonic voices, but they come back. She truly believes she’s insane.

He knows what he wants and he goes to rescue her. Pulling Nayeli out of the institution was great, and I really liked how Nayeli had full disclosure up front about what she was getting into with the fallen angels.

I understood Nayeli’s fear of being unwanted, or thought crazy, so I actually didn’t have a problem with her going with the flow, and doing whatever was required of her (something that would usually bug me).She would do anything to not have to return to the institution. I liked her spunk.

The only thing I didn’t like was towards the end, she felt that sacrificing herself would be a fabulous idea. It drove me nuts that instead of believing the centuries old fallen angels and listening to their advice, she felt that self-sacrifice would be a brilliant idea.

The ending was good, but everything was just a bit too easily wrapped up. On the whole, it’s a good read, if you like fallen angels, or hot warriors who practice fighting in sexy little black boxer-briefs, this is for you. If you want a new take on using their mates to help the warriors fight, this is a great series for that too. 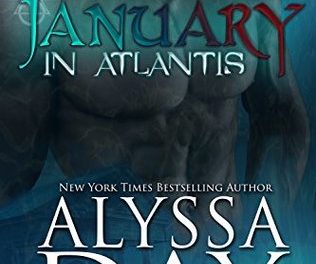 Review: When I Find You by Dixie Lee Brown