Braden Mack thinks reading romance novels makes him an expert in love, but he’ll soon discover that real life is better than fiction.

Liv Papandreas has a dream job as a sous chef at Nashville’s hottest restaurant. Too bad the celebrity chef owner is less than charming behind kitchen doors. After she catches him harassing a young hostess, she confronts him and gets fired. Liv vows revenge, but she’ll need assistance to take on the powerful chef.

Unfortunately, that means turning to Braden Mack. When Liv’s blackballed from the restaurant scene, the charismatic nightclub entrepreneur offers to help expose her ex-boss, but she is suspicious of his motives. He’ll need to call in reinforcements: the Bromance Book Club.

Inspired by the romantic suspense novel they’re reading, the book club assist Liv in setting up a sting operation to take down the chef. But they’re just as eager to help Mack figure out the way to Liv’s heart… even while she’s determined to squelch the sparks between them before she gets burned.

I have to admit that when I see the cartoon covers on a Romance novel, I’m not really sure what I’m getting. I feel like they scream Women’s Fiction! but all reviews assured me that this truly is a Romance, so I dove in.

I really love this author’s voice and writing style.

This series is about a group of men, all of whom are either famous athletes, or billionaires, or millionaires, or nightclub owners…you get the idea. They’re our stereotypical Romance Novel Hero type guys. Very manly. Very alpha. And all of them are in a book club. A Romance book club.

I enjoyed every guy. I enjoyed how each of them interacts with each other. I enjoyed the tongue-in-cheek play on how current Romance novels are viewed and how the guys handle it.

The hero is Braden Mack. But everyone calls him Mack. He’s taking his girlfriend out to a very expensive restaurant and he’s following his playbook: the romance novel playbook. He’s been reading romances since he was a teen and he is who all the guys go to for advice. He knows how to wine and dine, and he seems like the perfect boyfriend. So when he takes his girlfriend to this trendy fancy restaurant and asks her to basically be exclusive and serious, he orders her a special cupcake. It’s the house specialty. It literally has edible gold shavings. It costs about $1000. And Mr. Romance Novel Playlist can’t read the room. His girlfriend is uncomfortable throughout the whole evening. She’s an attorney and at one point she mentions that some of her clients could eat for a week for the price of one meal. Mack can’t figure out why she isn’t loving the meal/cupcake/over the top evening.

The celebrity chef who owns the restaurant comes out with the pastry chef who made the cupcake and it turns out he knows her! She’s his best friend’s sister-in-law! He’s so excited to see her he bumps her and throws her off balance and she drops the thousand dollar cupcake into his girlfriend’s lap. Oh holy yikes!

(this is all like chapter one guys, so I’m not spoiling anything!)

What happens next is a lot, but basically Liv the pastry chef is expecting to get fired. The celebrity chef is an awful human being. He yells, he berates them, he steals their recipes for his own cookbook…and as Liv finds out, he sexually assaults his employees. This is a difficult part to deal with. Liv overhears him berating the hostess Jessica for not telling him that Braden Mack was in the dining room that night, and then he says the old gem, “if you want to keep your job, you know what you have to do.” She pleads and begs him not to, and that she needs the job so please no…and Liv barges in on them. He’s got his dick out, Jessica’s in tears, Liv shouts at him and he fires her on the spot.

This is still the beginning. The majority of the book is Liv trying to take him down, and Mack feeling so guilty that she got fired, that he wants to help her. Obviously they fall in love 😉

They track Jessica down and try to convince her to quit and that Mack will give her a job at one of his clubs. But Liv just can’t empathize and gets worked up. Why won’t Jessica take them up on their offer? Why won’t she help them put her boss in jail? Liv really doesn’t get it. A book that was incredibly fun and enjoyable was overshadowed by the fact that Liv uses the hostess to try to take down the celebrity chef.

I feel like Liv needed to grow and she uses Jessica’s pain to do it.

I still really enjoyed this book, but that might be a deal breaker for others. It did bother me, but I see why the author chose that direction and why it was put in. The author’s voice and style really worked for me. I was able to see Liv grow and change and realize that she can’t blame Jessica for not putting herself in the spotlight to fight a powerful and rich man. Liv needed to see that.

The interactions between Mack and Liv were great and full of snark and witty banter. All the fun things you want when two characters are falling in love. I really really REALLY loved the fact that Mack’s friends were 100% in for anything to help him. They were probably my favorite part of the book.

Throughout the whole book, we see all the fun friends in their group, and we see how they really want to help. It’s a supportive and wacky group. I mean, see the tone change though? It really takes a great writer to have a fun group of friends while that heavy scene is in the background.

***ARC courtesy of the publisher Berkley

A Covert Affair by Katie Reus 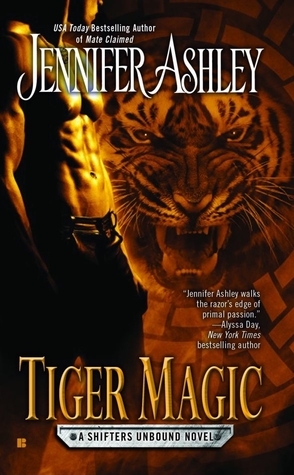 Waking Up With a Rake by Mia Marlowe and Connie Mason