When Rory Macintosh’s roommates find out that their studious and shy friend has never been with a guy, they decide that, as an act of kindness they’ll help her lose her virginity by hiring confident, tattooed bad boy Tyler Mann to do the job…unbeknownst to Rory.

Tyler knows he’s not good enough for Rory. She’s smart, doctor smart, while he’s barely scraping by at his EMT program, hoping to pull his younger brothers out of the hell their druggy mother has left them in. But he can’t resist taking up her roommates on an opportunity to get to know her better. There’s something about her honesty keeps him coming back when he knows he shouldn’t…

Torn between common sense and desire, the two find themselves caught up in a passionate relationship. But when Tyler’s broken family threatens to destroy his future, and hers, Rory will need to decide whether to cut her ties to his risky world or follow her heart, no matter what the cost…

I mean for the most part the book is good.  Tyler is from the “wrong” side of the tracks but he’s a good guy and Rory isn’t a complete twit, which is nice. Basically they’re all pretty typical college aged kids just trying to discover their place in the world.  Which makes much more sense than the New Adult novels that take place in offices.

The relationship between Rory and Tyler is a bit of a fairytale, but isn’t love in general?  What kept me interested wasn’t so much their relationship as it was Tyler’s home life and how sad it is.  Probably because I’ve known people who lived that way and it struck a nerve with me.  I actually wanted less of their relationship and more about Tyler and his older brother trying to care for and rescue their youngest brothers from a drug/alcohol addled mother.  She is a horrible person, no way around it.  I also understand Rory’s dad and his complete dislike of Rory dating someone like Tyler.  I can’t say if I had a daughter like her I wouldn’t act the same way.

I like that it takes time for them to actually have sex, they make out sort of early, but it’s great that he respects her need to go slow rather than steamroll over her like guys in other novels of this genre do.   I also like their friends and family, so it’s a good supporting cast as well.

I’d label this sexy romance.  It’s filled with sweetness that has a little bite to it but gives your heart a nice glow. 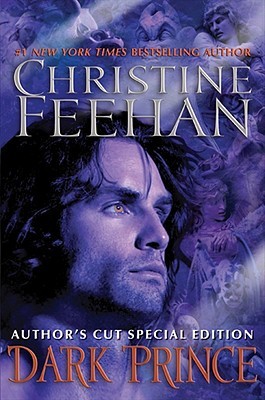 Edge of Danger by Katie Reus