The Return of Lady Jane by Jess Michaels 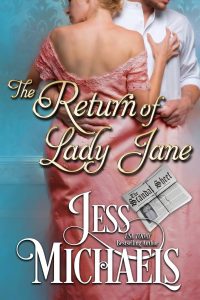 After a surprisingly passionate wedding day, Viscount Colin Wharton begins to believe he could overcome a painful betrayal in his past and truly make a future with his new wife, Jane. But a shocking betrayal crushes his heart. He sends her away, determined to forget her.

Viscountess Jane Wharton has no idea what hardened her husband's heart to her, but she is trying to make the best of her banishment. When she returns to London, she hopes to simply avoid Colin. But that is not to be. As the couple reunites in a clash of harsh words and heated passions, both begin to wonder if they could overcome the past.

Only a secret lurks that is darker than anything either could have imagined. And they will have to fight to survive, as well as fight for the love they both deserve.

This is a story with a Big Misunderstanding. But, I don’t think it’s the kind of Big Misunderstanding that can be resolved with one conversation (those always drive me nuts!). But a conversation could have at least helped. Or started the way to a resolution.I love a good betrayal plot; I don’t know if it’s considered part of the second chances trope, or if it has another name, but when one character betrays the other, I love watching them come back together. Some people love secret babies, I love betrayals.

Colin and Jane have married and while it’s not a love match, it seems to be leaning that way as they spend more and more time together. But on their wedding day, something happens to make Colin think she’s betrayed him. His previous love had been with any man who looked her way while they were together, so Colin is a little touchy. This sends him in a downward spiral. He banishes his new wife to the country. He pretends that she doesn’t exist. And he misses her terribly.

Jane thought she and Colin were hitting it off nicely, but after their wedding, he sends her away with no explanation. She spends a few weeks crying, raging, everything. But then she starts to write him. She writes him weekly. She wants to know what she’s done and how she can fix it, at first. But after that, she just writes him letters about what’s going on in the house, in the countryside, with her. She keeps it lighter, and tries to win him back.

Then, her sister has a baby, and Colin be damned, she’s going back to London to visit her sister. And Colin finds out through the gossip pages.

He’s all about his image, so if she’s in Town, she’ll stay with him, rather than with her sister. And Jane wants this too because she wants to fix whatever is broken in their marriage.

This is where I felt it couldn’t be solved by a simple conversation. There’s nothing simple about what happened. It’s a lot trickier than a simple Big Misunderstanding. And this is also why I felt this would make a better novel than novella. Colin was not my favorite person for a while there, but then he started answering her letters. You might be thinking too little, too late, but seriously, there are reasons he didn’t answer sooner. I loved this part of the book. I wish this part of the book had been given more pages. More letters. It was wonderful. One of the better grovel scenes, I’ve read. And to me a grovel is more than an I’m sorry, it’s a whole change coming over the person doing the grovelling. Colin changed.

I enjoyed this novella, and I look forward to the next book in the series. 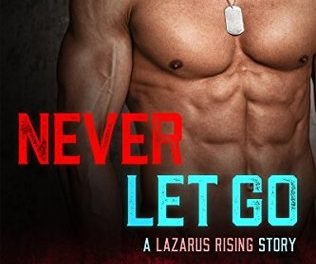