The Mate by Abigail Owen

This prequel feels like you are dropped into the middle of an already-existing story. There’s backstory, but you feel as if you’ve missed out, even as hints are dropped here and there.

Maddie is a newly-turned dragon shifter. She never knew she was one, let alone they existed. It turns out as a female dragon is discovered, she’s triggered into showing which clan she is able to mate with. She shows up as being compatible with the Blue Dragons.

Fallon is a Blue Dragon, and he’s known Maddie for a couple months. The two of them hit it off working an arson case. Maddie was a fire investigator, and Fallon was freelancing to make sure it wasn’t a dragon setting fires. But that’s sort of told in a way as if we already knew all of that. But this is a prequel? It was frustrating. So his being near her triggered her transformation, but it took a while, so she was discovered by another Blue who taught her what it was to be a dragon and took her to their council.

Then once all compatible blue dragons are assembled, it’s like the Bachelorette for dragons. Each suitor gets a day to plan a date. They get time alone, it could have been super cute and fun. But it was quick and glossed over instead opting to set up (I assume) the next book. There’s a rebellion going on and the rest happens so quickly, I just really think this book could have focused on the Bachelorette part and hinted at the rebellion.

I will be reading the next book, because I enjoyed the world and the characters, but if the next book is like this novella, I won’t read any further.

A prequel to the scorching paranormal romance, The Boss, coming September 24th, 2018.

Maddie Thompson’s life just fell down a rabbit hole. Finding out she’s a dragon shifter was one thing — she never quite fit into the human world, and this new reality feels… strangely right. However, discovering the next step is to choose a mate, and if she chooses wrong she’ll die, is the other side of crazy. Especially when she already left a piece of her heart with someone who didn’t want it.

To say dragon enforcer Fallon Conleth was shocked when the Mating Council summoned him as a potential mate for a newly found dragon doesn’t quite cover it. A mate is rare and precious and many dragons never find theirs. Fallon isn’t sure he’s worthy of the honor, not when so many deserve it more. He’ll just go through the motions and return home alone… until he sees Maddie. The human woman he reluctantly let walk away.

Fallon already broke Maddie’s heart once, but if he can’t convince her that they’re meant to be, she’ll die… and he won’t be far behind. 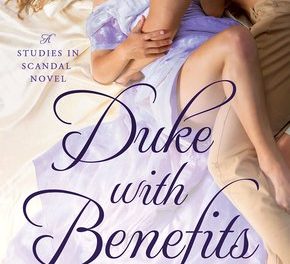