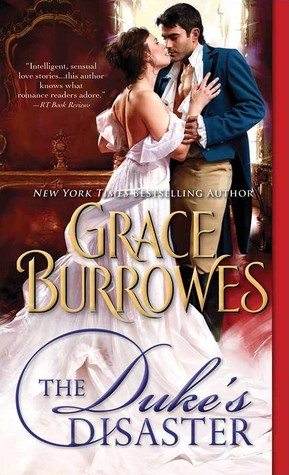 Noah Winters, Earl of Anselm, spent months sorting and courting the year's crop of debutantes in search of an ideal bride. When the sweet, biddable young thing he selected accepts another's proposal, Noah decides to court her companion instead.

Thea Collins, though, is anything but biddable. She has learned the hard way that men are not to be trusted, especially the handsome ones. When she reluctantly accepts, Noah rushes Thea to the altar before she can reveal her deepest secret. Can she finally move on from her past, or will it come back to haunt her?

Noah Winters, Duke of Anselm is in need of a bride. It’s very briefly mentioned that he has to marry before a certain year or something (it really wasn’t detailed). Noah spends the Season courting a young debutante, who then becomes engaged to another man. Noah switches his attentions to her companion Thea. Being that Thea is the daughter of an earl, it’s quite a good match. But this is never really mentioned as such.

The beginning starts of well, it’s engaging and interesting, and I really liked that Thea was set on not accepting Noah’s proposal, yet he convinced her. I liked how they interacted.

They get married, and…the book drags.

At first, they took it slowly. Thea isn’t a virgin. After she became a companion (I guess to pay the bills? Until about 85% in, I thought she became a companion after she was ruined, not before? I feel like this book went in circles about the same topic many many times but never actually told us what was going on). Noah is angry, disappointed, feels betrayed, etc. He tells her they’ll wait until her period before any more sexy times, just to ensure she didn’t marry him because she was already pregnant and he was convenient. O-kay.

So for a couple weeks he ignores her sometimes, is sweet sometimes, leaves on lots of trips, and all manner of ways to avoid her. In London he visits his old mistress. She must be heroine to a book farther down the road or something, because otherwise I see no reason for that visit unless to set her up as a sympathetic character. I’m really glad everyone called Noah on it. He has a wife of a week, and is caught in Town visiting his old mistress? Gag. (note: I don’t see any familiar names on the future books of the series, so how is this a prequel? And unless more books are coming, his mistress isn’t a future  heroine).

After Thea’s period, they get back to the ducal baby making, and you can see they start to fall in love. This is still only around 30% in. This is a looooooonnnnnggggg book. I hated how Noah kept bringing up Thea’s past, but then would be think that she’s obviously upset, let’s take a nap, or go on a picnic, or get naked…he wanted to know so much about her past, but then he’d randomly stop when she’d tell him about it. For the record, she was raped while she was a companion. This seems like it should have been said in one of their million conversations that they have. Seriously. This book was one giant conversation. And it was always the same conversation!

Then to top it off, Noah has two little girls he’s been hiding upstairs. He never tells his new duchess this. She finds them, or rather they find her, and she assumes that they’re his. He knows this and never tells her differently. They are his cousins. He has taken responsibility for them, and the girls tell her this, but she doesn’t believe them, and he never tells her differently until about 95% in, and it’s mentioned so off-handedly by someone else. Noah’s answer? They’ll talk about it later. Jerk.

The worst part is, that Noah is actually a very patient, loving, and kind man. But a couple of stupid choices make him look like an ass. Thea isn’t much better. One conversation. Just one, would have fixed much of this. That and cutting about 30% of this book. There was no need for it to drag on like that.

Okay, now that you have an idea of what’s going on, I’d like to say that I really enjoyed the plot, and to an extent the characters. What I can’t seem to like is the fact that over and over and over again, these two have the same conversation ten different ways, and nothing is ever resolved. Ever.

At the end, the villain of the piece is given “a fast horse and sufficient funds to get to France” courtesy of the Duke’s brother. I mean seriously? Seriously? That’s how he’s dealt with? He’s given an escape plan and money? That’s awful. The author built him up as the kind of person who of course will come back and try for revenge, so why let him go?

I also think that maybe this author isn’t for me. I know I’ve read Burrowes before, and I don’t want this to be my last. I have a couple of her books at home, but still…I’m not all that excited to continue on.

The good-this may be a prequel to her new series, but it’s a full-length novel! And a loooong one at that. So if you’re a Burrowes fan, you’ll be in heaven!

If you don’t mind taking the long way round, you’ll probably enjoy this as well. 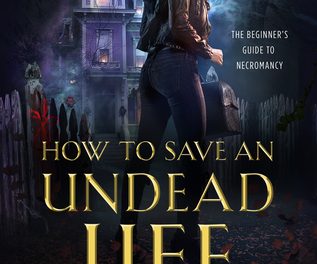 How to Save an Undead Life by Hailey Edwards