The Duchess Deal by Tessa Dare

When girl meets Duke, their marriage breaks all the rules…

Since his return from war, the Duke of Ashbury’s to-do list has been short and anything but sweet: brooding, glowering, menacing London ne’er-do-wells by night. Now there’s a new item on the list. He needs an heir—which means he needs a wife. When Emma Gladstone, a vicar’s daughter turned seamstress, appears in his library wearing a wedding gown, he decides on the spot that she’ll do.

His terms are simple:
- They will be husband and wife by night only.
- No lights, no kissing.
- No questions about his battle scars.
- Last, and most importantly… Once she’s pregnant with his heir, they need never share a bed again.

But Emma is no pushover. She has a few rules of her own:
- They will have dinner together every evening.
- With conversation.
- And unlimited teasing.
- Last, and most importantly… Once she’s seen the man beneath the scars, he can’t stop her from falling in love…

It’s no secret that I’ve always loved Tessa Dare’s work, however, the past couple books have been exceptional. I believe the first chapter is up on Tessa’s website-go read it, then tell me this book doesn’t sound amazing.

We begin the book with Emma mentally steeling herself to bang on the door of a duke she doesn’t know.

Ash (Duke of Ashbury) is finally conceding that he needs a wife. And as he thinks it, Emma appears. In a wedding dress. Oh that scene is fabulous. She is the seamstress who sewed his fiancee’s wedding gown, but she was never paid. Since he called off the wedding, and since the ex-fiancee won’t answer Emma’s letters, here she is, demanding he pay her for her work. In the gown she sewed.

But he’s also scarred, both inside and out. A rocket backfired on him  at Waterloo and he’s so handsome and beautiful on one side, and scarred on the other. Not just a roguish slash, but legitimate burn scars on his face, neck, and shoulder.

He needs an heir, therefore he needs a wife. And here is a woman in a wedding gown. And she isn’t afraid of him.

She challenges him at every chance, and he enjoys it, although he’d never admit it. These two are so wonderful together, that I would read a whole book just devoted to them bantering. I swear, Tessa Dare has mastered that. She is so amazing at writing modern-day speech into Historicals but you don’t even notice it! I truly hate when authors make their Historicals sound modern (I’m looking at you, Kresley Cole)…and then along came Tessa Dare. Man this woman can write!

Watching Emma and Ash fall for each other throughout the book is probably the best part of the story. It’s fun, it’s romantic, it’s steamy, it’s sad, it’s every other emotion you can think of. Do yourself a favor and read this book. 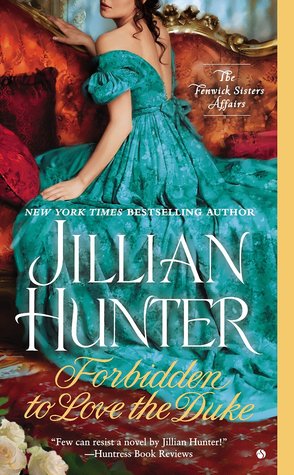