Dr. Daniel LeDeux and pilot Aaron LeDeux travel to the swampy bayous of Louisiana, where they discover a long-lost family. The usually stoic Daniel, a burned-out pediatric oncologist, is especially startled by the interfering LeDeux matriarch, Tante Lulu, bless her crazy heart, who wastes no time in setting him up with local rich girl Samantha Starr.

Scarred by a nasty divorce from a philandering New Orleans physician, Samantha has sworn off men, especially doctors. When Samantha’s step-brother gets into serious trouble, she must ask Daniel for help. But Samantha faces even more trouble when the handsome doctor casts his smoldering Cajun eyes her way.

The steamy heat of the bayou, along with the wacky matchmaking efforts of Tante Lulu, a herd of animal rescue rejects, including a depressed pot belly pig, and some world-class sexual fantasies create enough heat and humor to make both Daniel and Samantha realize that love and laughter can mend even the most broken heart.

This book is silly. It’s campy, over the top, and tongue in cheek. The problem is that it’s not very romantic. I can handle silly and campy fun. But I didn’t ever feel like there was fun. Sandra Hill is known for being very over the top, (her vampire/angels series is definitely full of that).

But this felt…too silly to be enjoyable. Not funny or fun, just…silly.

Here’s an example, “He used his knees to separate her legs and arranged himself between her open thighs. Chest to breast, belly to belly, divining rod to mother lode.”

She must have a specific fan base, because this was a bit much for me, even knowing that it would be a bit crazy.

Quick version is that Aaron and Daniel are twins who find out that they have family in Louisiana. Daniel, pediatric oncologist, is so tired of losing patients that he’s done. He’s grumpy and angry and sort of bums around the South for a few years after he meets everyone. Aaron has settled in nicely and after a couple years of his brother being depressed and boring, pushes him to go in halfsies on an old plantation home. They begin to fix it up.

Meanwhile, over these few years, Dan has been thrown into the path of Samantha (purposely by matchmaking Tante Lulu, the crazy aunt). Samantha’s story begins 5 years after her divorce from a gold digging ex, Nick, who keeps pushing for more alimony. Nick is a doctor, but feels Samantha’s family money should be his. She has a huge chip on he shoulder about doctors. This is partly why she doesn’t like Dan when she meets him.

The ex-husband storyline was the most interesting to me. It really had a lot going for it, but it fizzled out so quickly at the end that I was left completely unsatisfied. I’m talking like total potential for a fantastic subplot, especially since he’s such a good villain.

This book covers a lot of time. Like 4-5 years. One chapter says Two Years Later. A lot of time skips. I felt it was unnecessary. It made the ex-husband storyline feel that much less likely. When you have a gator wrestling neighbor and a crazy aunt, it’s sad that the fairly realistic part of the book is what felt well, unrealistic. The main characters don’t even interact much until about the middle of the book. Where’s the romance there? I found the romance to be boring, and the silliness killed the book for me.

I don’t think I’ll read her again, but I really am kind of bummed since I wanted to enjoy the funny campiness of it all. But this was a miss for me without being funny, just silly. 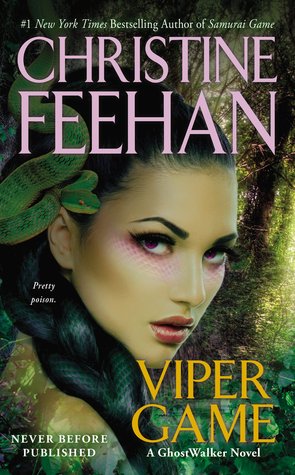