Katherine Brooke may be a fabulously wealthy heiress, but she’s trapped, a pawn in her parents’ ruthless game to marry her into the nobility. Then Captain Hugo Penhallow—so charming, as handsome as a Greek god—comes into her life once more, and suddenly she sees a chance to be free.

As a Penhallow, his is one of the highest names in the land, but still his family is facing ruin. So Katherine boldly proposes an exchange: his name for her money. But only if Hugo understands it’s merely a practical arrangement, and that she’s not surrendering herself entirely.

Back from eight years in America and determined to give his younger siblings a better life, Hugo agrees. He’s never fallen in love, so why not? Yet neither of them guesses that this marriage will become far, far more than they ever dreamed of.

In this book, Katherine is in a terrible position. Her parents have an obscene amount of money, but money can’t buy class, isn’t that the saying? Her parents have given her the best education money can buy, but she was caught making out with a teacher, he of course blamed her, and her poor young teenage heart learned that lust is bad (more on this later).

Her parents left her in that boarding school for a long time, so while they are terribly gauche and put on airs, she’s very well-mannered. Her parents are trying to marry her off into the peerage so they can finally be accepted. Katherine has felt as if she’s never had any control over her life at all, and she’s been so smothered she’s about to scream.

Hugo is the eldest in a family of eccentrics, I guess. His family is a house full of ninnies. I have no other word for them. They are all immature and ridiculous. His mother was so silly. Just silly. Not a lick of sense amongst them. He’s constantly being described as a Greek god, and that was so pointless. Seriously. Once was enough. He’s back from the sea, he’s in the Navy I believe, and he’s decided based on a letter from his mother, that he’s going to propose to Katherine. They were neighbors in their youth and he remembers liking her well enough, she has money, he has one of the oldest names in England, so win-win.

Katherine sees Hugo and instantly she feels lust. It’s uncomfortable, especially as she desires nothing but control, and these feelings for Hugo are uncontrollable. However, she figures she’ll ignore it or something. She asks him to marry her for her money, and she’ll get freedom and control. They both get their wishes. But…

You know there’s a but here, right?

Hugo is super laid back. He recognizes early on that Katherine seems to prize control, so he’s okay with her taking over. However, she’s just a horrible person. Once they get engaged, she goes to her parents, tells them she’ll be getting married, then tells them her monetary demands and basically says peace out, folks. I’m leaving. It’s an awkward scene for Hugo, but it shows that Katherine is just…immature and mean. This entire book felt as if everyone was much younger than they truly were.

Now, her parents are supposed to be just horrible, terrible, awful human beings. I saw two very rich middle class parents who wanted the best for their daughter. And yes, they are incredibly gauche and vulgar, and they want to ride Katherine’s coattails all the way to London. I get it. They were bad parents. But they weren’t evil. They weren’t that bad. There’s a comeuppance scene for them at the end, and it felt so wrong. Like, they weren’t that bad, so why write that scene in. It’s supposed to be freeing to Katherine, but yet again, she just comes off spoiled and immature and makes rash decisions. 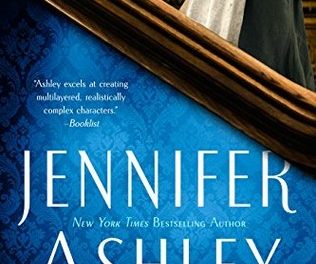