Alena Brennan’s relationship with Andre Makarov is… complicated. The casino magnate was a means to an end. Nothing more. At least that was what she tried to tell herself. Then she fell for him. Hard. But he kicked her out of his life when he discovered her lies.

Now she’s pregnant with his baby.

Andre understands why Alena wanted revenge. His father took everything from her, leaving her an orphan at a young age. But Andre still had to cut her out of his life. Now that his father is dead, she’s safe. He should just move on. But when he learns she’s carrying his child, all pretense is gone—he’ll protect Alena whether she likes it or not. She may kick up a fuss, but Andre knows the gorgeous model with a party-girl rep attracts attention…including the dangerous sort.

This novella follows Retribution, and while it can stand alone, you miss out on certain things.

In that story, we see sisters Alena and Nika playing the long game to kill the man responsible for killing their parents. Alena is dating that man’s son, Andre. Andre is a good man, but his father is not. They are all at dinner when she attempts to kill Andre’s father. (this is all from book 1)

In this book, Alena is obviously no longer with Andre. Using a man to get close to his father so you can kill him sort of does that to a relationship. Alena has stepped down from modeling and is primarily staying out of the limelight for a couple of reasons, but mainly it’s because she’s pregnant.

Andre sees Alena at a party and after seeing her nearly faint and hanging on the arm of her date, he follows her out. He overhears her telling her date that she’s not ill, she’s pregnant. He immediately knows the baby is his. He also knows that she may be a pretty little liar, but she’s his pretty little liar and he isn’t letting her go.

Now I love LOVE a betrayal plot. I love the redemption arc, and I liked that this time around it’s the heroine who has to redeem herself. Although Andre was very grown up about the whole thing, so that made it easier.  The thing is, Alena isn’t the same girl he dated. He dated Alena the party girl supermodel. This new Alena, the Alena she hid from him, is sassy and talks back. He…likes her. He’s learning who she is, and not who she wanted him to think she was. Now they have to relearn how to be together, and who they truly are. It’s a second chance lovers trope and I loved it.

I like Katie Reus’ books, and this had the added bonus of a trope I like, so it was basically my catnip. If you like bossy men with women who can stand up to them, if you like watching second chance romance, you will love this.

***ARC Courtesy of the publisher 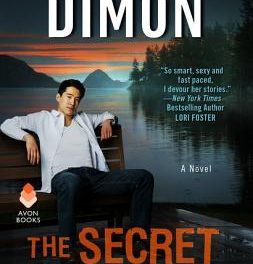