Step Into My Web by Cynthia Eden

Step into my web…and you’ll never get out.

Chloe Hastings doesn’t like rules, and she doesn’t exactly play well with others. But she does have one amazing talent—she can get into the mind of killers like no one else. A police consultant and profiler, Chloe is definitely not like anyone that Joel Landry has ever encountered. From the moment they meet—in the middle of a bank robbery—she throws him off balance and pulls him under spell. She seems to have no fear, she plots constantly, and…Joel quickly finds himself trapped in her web.

She needs a new partner…and he’s just the man for the job.

There’s a sadistic killer hunting in the streets of New Orleans, and Chloe plans to catch him. First, though she needs a partner she can trust, and she’s decided that Dr. Joel Landry is the best fit for the job. Sure, he has a dark past. The doctor was attacked by a serial killer, but Joel survived while his attacker did not. Now the ruggedly handsome doctor has turned to the shadows. He’s learned how to hunt, how to fight, how to kill in a thousand brutal ways—in short, he’s acquired all of the skills that Chloe absolutely adores in a man.

He’s exactly what she wants. She could become the only thing he needs.

Together, they should be a perfect fit. She knows the minds of criminals better than anyone else, and Joel can protect her from any threat that comes their way. They’ll have one hell of a time tracking down the bad guys, provided Chloe and Joel don’t kill each other first. Another unanticipated twist for the new partners? Their attraction to each other is explosive, their desire uncontrollable. One reckless kiss seals their fate, and their need won’t be denied.

And neither will the killer who waits for his moment to attack.

Once you step into a spider’s web, there is no going back.

Author’s Note: Chloe Hastings always has a plan in play. Her investigations are unusual, her friends are generally on the shady side, and her social skills? Well, those are pretty much non-existent. But Chloe solves every case that crosses her path, and she never, ever backs down. When she teams up with her new partner, all bets are off. Joel is gorgeous, sinful, and about to break through every wall that Chloe possesses. He’ll fight for her, she’ll fight for him, and the criminals in their path had better get ready. There is a new crime-solving team in town.

This story has a different feel to it than some of her other series. It seems to be book one in a series with the same couple. I am intrigued.

Joel Landry is at the bank when he notices several things at once. There’s a gorgeous woman, a man who’s trying to rob the bank, and the gorgeous woman is about to get herself killed chatting with the bank robber.

Chloe Hastings is chatting with the robber because she’s going to catch him. She’s not a cop, she’s more of an outside consultant, and the robbery gone wrong is not necessarily her end-game. She needs a new partner. She wants it to be Joel. But he’s not a cop or a detective either…he’s a doctor. Or at least he was, once. Before…

Joel was kidnapped from his hospital and tortured by a serial killer. He escaped and killed the man responsible, but he was never able to really go back to his old life. So he’s sitting around in limbo with what he wants to do. Can he move on? Does he even want to?

This book is different than most Romantic Thrillers out there in that the hero has survived a serial killer, and the heroine is the rich and manipulative but it’s for his own good type person. I liked how Chloe was several steps ahead of everyone else at all times. She comes off as maybe on the spectrum? She has a unique perception of everything around her and is able to see things others don’t. Including the fact that Joel would make a good partner for her. He spends a lot of the book trying to understand Chloe, and once he actually “gets” her, once he understands how she thinks and behaves and why, he falls even more in love with her.

The teaser in the back of the book shows that the series will continue to focus on Chloe and Joel and not move on to another couple. Ms. Eden has only done this once before with her Paranormal Romance series Blood and Moonlight, so I’m excited to see where this goes. With an intelligent heroine who runs the show, and a hero who is slowly healing from his past, the author gives us the most intriguing and interesting crime solving duo I’ve seen in years.

***ARC courtesy of the publisher via Netgalley 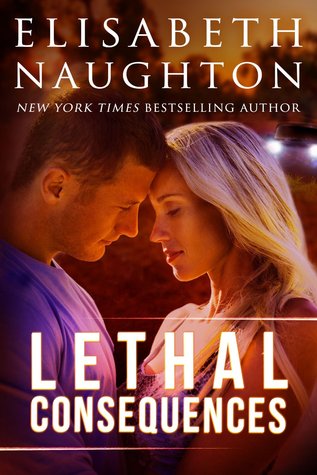 Chase After Me by Cynthia Eden