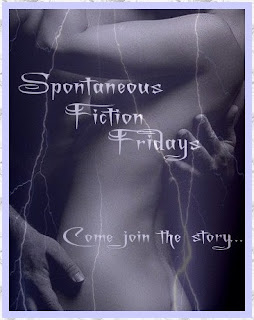 This week’s Spontaneous Fiction is from author Cynthia Eden.
http://www.cynthiaeden.com/ 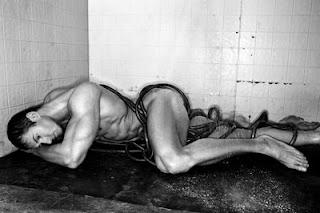 ?
Waking up naked, tied, and tossed in some piss-poor cell really wasn’t Sabe McNeal’s idea of a good morning.
But he knew who’d left him in this hell. Just when he’d gotten Kira Kent within his sights, just when he’d gotten close enough to touch her, the succubus had used her power. Seduced with a smile.
And left his ass to rot.
Rising slowly, he shoved the twisting bonds off his body. Like that would hold him for long. His body felt laden, no doubt because the minx had taken her time draining him of power. Not that he’d exactly been fighting when her lips had locked onto his.
But he wouldn’t be making that same mistake again.
Sabe inhaled deeply. His shifter senses picked up a hundred scents in the area, but it was one sweet scent that had a hard smile curving his lips. Sex and candy. Kira’s scent. He turned toward the door. Two strides forward and one powerful punch later, that steel door was on the ground. No one could cage a shifter for long. Not even a sexy little demon like Kira.
Now that he had her scent, it was his turn to hunt. Seduction wouldn’t save her this time.
Nothing would. Revenge would be damn sweet.
Sex and candy sweet….
Can you continue the story?
Comment below and keep it going till next Thursday, April 29th @ midnight PST.
The BEST entry will win a surprise.
Include your email addy in the comment too!

The Kraken King and the Greatest Adventure by Meljean Brook