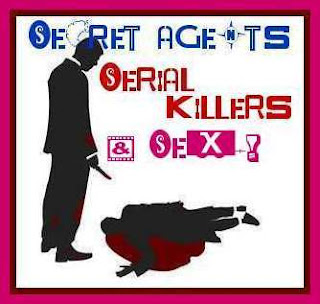 Mysteries & Thrillers have always been a passion of mine.
Maybe it’s the thrill of the chase, guessing the serial killer before they are revealed or that forensic process each agent/cop goes through to solve the case…
All of those things bring me back for more & make me want to share great authors & books with my readers.
I’ve got a few that TOP my list:
MY FAVORITE SERIAL BOOKS:
CODY MACFADYEN- SHADOW MAN

Once, Special Agent Smoky Barrett hunted serial killers for the FBI. She was one of the best — until a madman terrorized her family, killed her husband and daughter, and left her face scarred and her soul brutalized. Turning the tables on the killer, Smoky shot him dead–but her life was shattered forever.
www.codymcfadyen.com/
MY FAVORITE THRILLERS:
JAMES PATTERSON
ALEX CROSS SERIES & WOMEN’S MURDER CLUB

A serial killer is stalking and murdering newlyweds on their honeymoon. San Francisco Homicide inspector Lindsay Boxer takes the case and along the way meets three other women–a lawyer, a reporter, and the city medical examiner. Joining forces to solve this gruesome crime, the Women’s Murder Club is born.

Life changes for Deputy Chief of Detectives Alex Cross when he is drawn into a high-profile case. Two nine-year-old children are kidnapped by a teacher, Gary Soneji, from the prestigious Washington Day School. Maggie Rose Dunne is the daughter of an actress, and Michael “Shrimpie” Goldberg is the son of the Secretary of Treasury. A ransom of $10 million is demanded.
MY FAVORITE SECRET AGENT/ASSASSIN:
DANIEL SILVA’S GABRIEL ALLON SERIES

www.danielsilvabooks.com
When a terrorist bomb blows Flight 002 out of the sky off the East coast, there is only one chilling clue. A body found near the crash site bears the deadly calling card of an elusive, lethal assassin–three bullets to the face. Michael Osbourne of the CIA knows the markings. Personally. Propelled by an obsession that threatens to consume his career, his family, his life, Osbourne is now hot on the assassin’s trail. But in a world of shadows and lies, intrigue and cover-up, the man with a mission puts himself and his loved ones in the sights of the most ruthless, diabolical assassin on earth…
MY NEWEST AUTHOR FIND:
STEPHEN LEATHER- THE BASEMENT 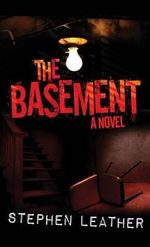 www.stephenleather.com
New York is a city full of strangers. For NYPD detectives Turner and Marcinko, none are harder to figure out than the serial killer on the loose torturing and killing young women. In fact, right now, somewhere in the city, a woman is being held captive in a basement and it is up to the detectives to find her and the killer—before it’s too late.
As pressure mounts on Turner and Marcinko, their prime suspect is screenwriter wannabe Marvin Waller. He is becoming increasingly frustrated by his lack of success and the cops think he might be channeling his anger into murder—but he doesn’t seem to be at all concerned that they are hot on his trail. As Turner and Marcinko close in on Waller they have to wonder: is he the killer? And if he isn’t—who is?

Want to Check out my latest author find?
I have an Audio Book copy (MP3 CD) of
THE BASEMENT
to go to one lucky winner.
How do you enter?
Tell me your favorite Author & book that fits into the
SECRET AGENTS, SERIAL KILLERS AND SEX genre.
Be a GFC or Email follower of Got Fiction?
Comment below & remember to list your contact email address.
Contest open to US/CAN residents only.
Want to win another thriller?
Head on over to the Escape to Romance event @ DemonLover’s books where Brenda Novak has donated 2 signed books for the event
or Book Savvy Babe for her Valentine’s Day giveaway. 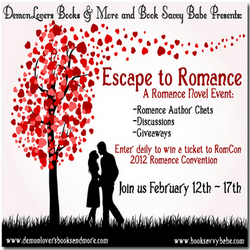 Review & Giveaway: How to Lose a Bride in One Night by Sophie Jordan