I received this book for free from Purchased in exchange for an honest review. This does not affect my opinion of the book or the content of my review. 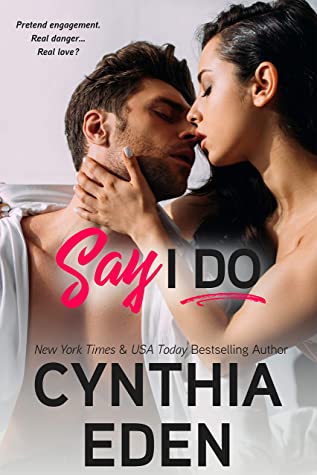 Dexter Ryan is smug. Arrogant. Manipulative. And he is also…Lacey Amari’s new partner. Well, her partner on one case. A case she doesn’t even want to take, but when Dex—CIA super operative and all around puppet-master—basically blackmails her, she has no choice. Then he asks her the big question…

Will you marry me?

The proposal isn’t real. It’s just an undercover assignment. Dex needs Lacey to be his fake fiancée for a case. Not exactly her dream job. But, she’ll do it. He wants her to pretend to be head over heels in love with him, he wants her help on a dangerous investigation in a remote ski lodge, and he…wants her?

Dex doesn’t work well with others and handling a case with a partner in close proximity—as in 24/7 close—isn’t his normal style. He’s pulled Lacey into the investigation because she is smart and resourceful, and maybe because he knows a secret about her that could prove to be very useful to him. After all, Dex uses people all the time. It’s his thing. Yet the more he is around her, the idea of using Lacey suddenly doesn’t seem like such a good plan. But getting her into his bed? Stellar idea.

He wants her, but so do the bad guys.

The attraction between Dex and Lacey burns red-hot, hot enough to melt the snow around them. Except, just as he planned, Lacey’s presence draws in the enemy. Now the bad guys are after her, and Dex has to stick even closer to her. He’s playing the role of the obsessed lover, only it’s not just a role. Because for the first time in his life, Dex is falling hard. He’s losing his control.

He’s lied. He’s cheated. He’s about to give up his heart.

When Lacey finds out the secret he’s known, her rage and pain break his heart. Dex has to find a way to make things up to her, and he has to stop the enemies who are closing in. Nothing he can’t handle. Maybe. Dex is a master multi-tasker—most days, anyway. Dex will use every trick in his very large arsenal to win this case. Lacey melted the ice around what the whole world knows is Dex’s very, very cold heart, and Dex will fight like hell to protect her and to prove to her that even master spies can fall in love.

I held off on reading this book because I was just so mad at Dex from the last book! He’s high up in the CIA so he’s used to moving pawns around on the chessboard of life and always being several steps ahead of everyone else. Due to the nature of his job, he’s kind of a butt.

In true Cynthia Eden fashion, however, within a few pages I’m now 100% on the Dex train. I really love how her heroes go from normal guys to completely wrecked over their heroines. Dex is no different. He manipulates people. It’s second nature. People call him on it, but he ignore that since he’s looking 3 steps ahead at the bigger picture. But with Lacey, she makes him pay attention. He finds he doesn’t like seeing her hurt. And when he lies or omits truths, it hurts her.

Dex needs Lacey to pretend to be his fiancee for an op. He doesn’t blackmail her exactly, but he does offer her some information she really wants to help him. She agrees and Dex really loves having her as his fiancee. Lacey for her part has always known Dex for exactly what he is. A master manipulator. She is also the only one who can tell when he’s lying. Once she’s able to see under the mask, she realizes she likes the real Dex.

But Dex is hiding something from her. And that will put them both in danger.

There are some very interesting twists and turns, and a new character I want to see more from. I really love this Wilde series and can’t wait for the next book!

Crossing the Line by Cynthia Eden 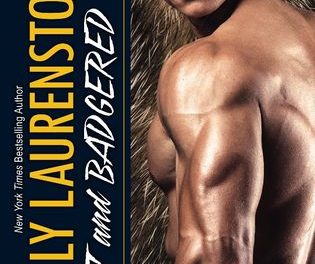 Hot and Badgered by Shelly Laurenston