Run to Me by Cynthia Eden 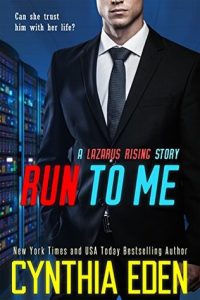 He’s used to getting what he wants…

Jennings “Jay” Maverick is a tech billionaire. He has the world at his feet, and he thinks he can buy anything…but he can’t buy her. One look at the mysterious Willow, and Jay knows that he is a goner. He wants to give her anything and everything she desires, but he’s the man responsible for the pain in Willow’s life, and getting close to her—well, that’s not going to be easy.

Her life is a nightmare that she can’t escape.

Willow woke up in one of the “Lazarus” research facilities. She now has increased strength, incredible speed, and some scary psychic bonuses. Because of the danger associated with her new gifts, she’s afraid to touch anyone. One touch from her, and a man’s darkest fears will seemingly turn into reality. But Jay isn’t afraid of her touch. Instead, he seems to…crave it. To crave her.

She can’t trust him, and he won’t let her go.

Willow knows that Jay has been involved with Lazarus in the past, but he swears he only wants to help her. She never expects the white-hot desire that burns between them, a desire that grows more with every moment that passes. Thrust together as allies, Willow finds herself wanting to put her faith in Jay, wanting to find someone she can rely on, but Jay may still be keeping secrets from her. Secrets that could get them both killed.

When darkness and danger close in…RUN TO ME.

Continuing on the Lazarus Rising series, Jay Maverick finally gets his book. The Lazarus Project was a super secret hush-hush, maybe it’s the government, maybe the government doesn’t even know what’s really happening, type of project. They were trying to create super soldier, and they did, but there were some…side effects.

The soldiers have to die first.

The Lazarus serum resurrects them, and the soldiers are blank slates. They have no memories of their previous lives, they have enhanced senses, sometimes even telepathy or other extra senses.

Willow has been free from the facility for a few months now, but she’s confused. She has no memory of her old life, and no one can find anything out about who she was, not even tech wizard billionaire Jay. She stays with Jay now, and since he funded the project originally, she figures he’s just trying to atone for that. But she has no idea he wants her close because he just plain wants her.

Willow is dangerous. She can make people see/live their worst fears. And she worries that she’s going to hurt Jay. Jay decides that taking Willow out to a red carpet event where reporters will be swarming the place is a good way to use her as bait. Her face will be splashed everyone and they can draw out whoever might still be looking for her. When someone takes a shot at him on the red carpet, she jumps in front of him knowing she’ll survive a bullet, but that Jay won’t. That sets off a chain reaction of several people from Willow’s past coming out to find her, and not all of them are good.

With secrets from her past popping up left and right, with a few memories making themselves known, Willow is able to piece together some parts of her past life. But none of it is enough for her to recognize the danger stalking her.

Will help from previous characters Flynn and Sawyer, she and Jay must find out as much as they can about the danger she’s in and how to keep her safe. That’s if they can keep her safe. With every new discovery about Lazarus, they each learn that there is so much more going on, and it goes much deeper than they’d thought.

This book went in a new direction, and I’m excited to see more. I like how with Cynthia Eden you never know which side a character is on at first. Is he a villain? Is he a good guy? Read and find out! She has a knack for keeping the reader on the edge of their seat, and her plot twists are never predictable. With her style, you always get some insight into the bad guy’s mind, and sometimes that’s a dark place to be. I can’t wait to read the next one! 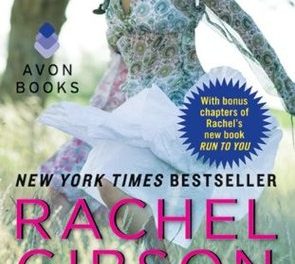 Wilde in Love by Eloisa James 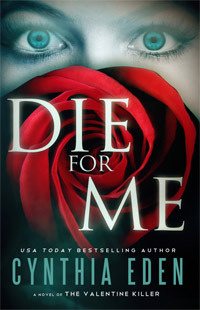