He believes in destiny. She just wants to survive it...

At forty, Lady Cecilia Evangeline Stone thinks she has everything a woman could ever want. A title, a fortune, and four children who make her proud. After a marriage of convenience that was anything but convenient, she has no desire to complicate her life by including a man in it again. When her eldest son announces his engagement to a Russian actress in Saint Petersburg, Cecilia sets out to do what any good mother would do: stop the wedding. Unfortunately, destiny has other plans.

Konstantin Alexie Levin never considered himself to be a villain. In fact, he considers himself to be a Russian gentleman. Having grown up in a refined and well-educated family that embraced criminal life to avoid debtor’s prison, the only thing preventing him from knowing happiness is the rest of the world. Everything changes, however, when Konstantin is given a chance to start life anew and travel to London to collect an unexpected reward for saving a man’s life. To his surprise, he is about to become a hero at midnight to a beautiful aristocrat who desperately needs his help. The problem is…he wants to do more than save Lady Stone. He wants to make the woman his, all his.

WARNING: This book is Rated Double S (Sweaty & Sinful) and contains strong language and sexual content which may cause respectable people to swoon.

With a 40 year old heroine and a 30 year old hero, this shaped up to be something unlike any I’ve ever read. I quite liked this novella.

Lady Cecilia Evangeline Stone is in Russia to stop her son from marrying an actress who she thinks is scamming him out of his fortune. She hires a companion and translator, a very English thing to do, but miscalculated one very important factor; she isn’t in England. Next thing she knows, she wakes up in a coach in the lap of a young and attractive Russian man.

Konstantin Alexie Levin is trying to go on the straight and narrow. His life has been spent in crime and he has a chance, a real legitimate chance, to change his way. And he means to take it. His first good deed will be to help the lovely Englishwoman who sleeps in his lap.

She’s been robbed of everything of value- her clothes, her trunks, her money, everything but what she wears. The young Russian man offers her his help, and will pay for everything. He’ll even help her find her son.

Neither one counts on the attraction between them.

The sexual tension is masterfully done and blooms strong and hard, not letting up even once they are together. I loved how Konstantin and Cecilia were so unreserved around each other, and I enjoyed having an older heroine with teenage children. The younger hero who isn’t a super duper wealthy alpha male was nice, although he was plenty alpha, he wasn’t cliché.

But what will happen once Cecilia goes back to England? Konstantin isn’t titled and he isn’t part of the ton. The fling between them doesn’t feel like  a fling anymore, but can she step outside her comfort zone and grab something for herself?

Sometimes the hardest part isn’t falling in love, it’s fighting to keep what you want. Just how hard will Cecilia fight for what she wants?

Review: What Happens in Scotland by Jennifer McQuiston 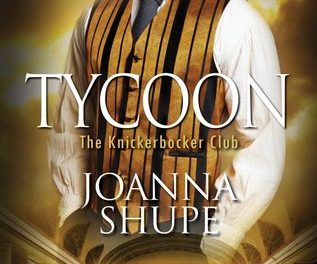 Craveheart: The Forbidden Tale of the Loch Ness Monster by K.T. Grant