When I was offered the chance to showcase Nadia Scrieva’s mermaids here on Demon Lover’s, I was thrilled! I don’t think I’ve ever read about mermaids. Maybe here and there as a side character, but mermaids don’t often take center stage in the Paranormal Romance genre.
If you read through her post, you’ll see that this isn’t Disney’s version. Her mermaids are warriors, and they’re intelligent, and they’re sexy.
Ms. Scrieva has generously offered a copy of Drowning Mermaids to a lucky commenter. Comment to be entered, and don’t forget to leave your email address!
~Highland Hussy 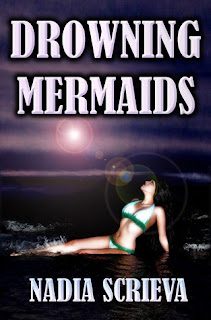 Revolutionizing the Mermaid
I have never enjoyed a story about mermaids. Every other creature has been given due justice and a moment to shine in its rightful spotlight. Mermaids have been glossed over as irrelevant, and I have chosen to valiantly carry their torch. We live in a world that is replete with rich water mythology. Why? One word: fear. Ranking right up there with our natural fear of heights, the dark, and needles, you will easily find aquaphobia.
It makes evolutionary sense to be afraid of the water; it can easily and happily kill you and a boatload of your closest family, friends, and co-workers. Nature is wise in that it tries to guide us away from the hazardous pitfalls which are most likely to slaughter us. Humans are rebellious in that we constantly seek to rub our faces in these dangers for the sake of the thrill—we want to defy every challenge just to say that we did. We want to climb the Everests and swim the channels. This is how we exert and flaunt our power—it’s about conquest. We want to prove that we’re bigger and better than nature, but it still kills people on a daily basis. We are still terrified, and fear and fascination are as closely linked as are pleasure and pain.
Part of the reason I have never enjoyed a mermaid story is because most modern media portray them as happy frolicking creatures. Except for a few instances of sirens depicted dangerously, we are woefully deficient in stories which examine the terror-aspect of the tale. To quote a character from the third book in my series:
“I would be less apprehensive about these people if they were from outer space. The sea—the sea is bizarre and unkind, and I can’t fathom what kind of beasts would breed in a godforsaken place like that.” -Marshal Landou, Boundless Sea
When I began writing Drowning Mermaids and planning out the subsequent novels in the Sacred Breath series, I decided to take on the formidable goal of completely revitalizing and revolutionizing the mermaid myth… perhaps it would be more appropriate to call it ‘resuscitation.’ Here is a list of a few elements I employed in doing so:
1.       Fear. You think sharks are scary? Crocodiles, killer whales? Pfft. Humans are the ultimate apex predator, and they aren’t friendly. We need a little bit of sexy darkness. Not just man versus nature, but ALSO man versus man.
2.       Water is better. Most mermaid stories revolve around a sea-maiden becoming human, or wanting to be more like us. Why? Let’s flip this around, and have mermaids actually be proud of their heritage. In fact, let’s have human characters wishing to live in the sea.
3.       Human beings with a superpower. You easily can relate to vampires, werewolves, and various other demon-types because they are so similar to us. Wizards, witches, and other supernatural or paranormal phenomenon are also relatable. Even ghosts were once people. Fish? Fish aren’t even mammals. I needed to make it clear that what makes someone a mermaid has nothing to do with scales or reptilian qualities—it’s all about the lungs and being able to breathe underwater.
4.       Incorporate allusions to the collective memory. I aimed to expand on previously existing folklore from around the world to pique childhood fears and invoke a sense of the uncanny. For as long as there have been stories, parents have been telling their children cautionary tales about the water—this is universal.
5.       Warriors. My mermaids are warriors who kick ass with all kinds of nifty implements from old-fashioned javelins to futuristic submarines. The scientific explanation for this one is simple: there can never be enough girl power in the world, and I like knives.
These were my main ingredients as I endeavoured to cook up the type of story in which I could enjoy immersing myself. Pun intended. It has been so thrilling to see that others are really loving the concept as much as I do! If you have ever stared out at the ocean and felt a chill of fear and excitement, this is the story for you. If you love water, but especially if you hate water, this is the story for you. Join me in the mermaid revolution!
Nadia Scrieva can be found on facebookhttp://www.facebook.com/NadiaFans

Winners of the Book-a-day Giveaway! 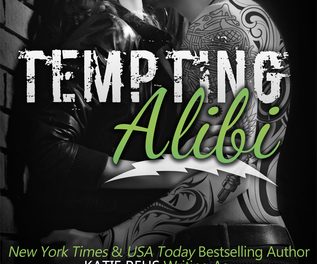