Lady Emma Avery has accidentally announced her engagement—to the most eligible man in England. As soon as it's discovered that Emma has never actually met the infamously attractive Duke of Ashbrooke, she'll no longer be a wallflower; she'll be a laughingstock. And then Ashbrooke does something Emma never expected. He plays along with her charade.

A temporary betrothal to the irreproachable Lady Avery could be just the thing to repair Ashbrooke's tattered reputation. Seducing her is simply a bonus. And then Emma does what he never expected: she refuses his advances. It's unprecedented. Inconceivable. Quite damnably alluring.

London's Least Likely to Misbehave has aroused the curiosity—among other things—of London's most notorious rogue. Now nothing will suffice but to uncover Emma's wanton side and prove there's nothing so satisfying as two perfect strangers…being perfectly scandalous together.

The Wicked Wallflower by Maya Rodale

I really liked this book. You do have to suspend belief for the Fortune Games, and the dialogue was very modern, but I still had a great time reading it.

Lady Emma and her friends are drinking one night, lamenting the fact that they are still unwed and beginning their fourth Season. Emma meanwhile, has a boy (Benedict) who’s been courting her these past three Seasons. He and she have discussed their future life in detail, and yet he hasn’t proposed. So they think it would be a great idea to just write the engagement announcement and send it to the paper. But Emma’s friends feel that if they’re going to force an engagement for Emma, that it ought to be a better catch than Benedict. So they write in Blake, the Duke of Ashbrooke, the most eligible and handsome man there is. But the letter actually gets sent in to the paper, and that very week, Emma and  Blake are announced as engaged.

Imagine Blake’s surprise at being engaged without having met the girl, let alone proposed to her. But he’s in the midst of trying to mend his reputation, so he thinks, what the hey, keep the engagement for a short while,  and let the girl jilt him. This way he’s seen as being stable and dependable, and if she jilts him, she gets attention and reputation won’t suffer.

Meanwhile, his batty old aunt is throwing her annual Fortune Games. This is her way of deciding who inherits her estate. Every year she hosts the Fortune Games, and whoever wins, she names her heir, Until the next year. Basically Blake’s family is full of fortune hunters who are waiting for the old broad to die so they can inherit. But it’s fun, and funny.

I can see how this might not be realistic to the time as it would fit more in with today’s reality shows than a Regency family gathering, but it was still fun to read.

Blake and Emma begin to fall in love with each other, but even though Blake is trying to show Emma that he loves her, she doesn’t think for a minute that she can keep his interest beyond the week. But their romance is sweet and I loved it. Until Emma remembered Benedict (whose ending wasn’t quite what I expected and I can say I didn’t care for it). Other than that, I thought this story was great.

As my first Maya Rodale book, it was a definite win! I plan on continuing this series, to which by the way, she is writing a partner book as a Contemporary Romance called The Bad Boy Billionaire’s Wicked Arrangement.

A rollicking good time full of romance and fun, Maya Rodale’s The Wicked Wallflower was a great read. 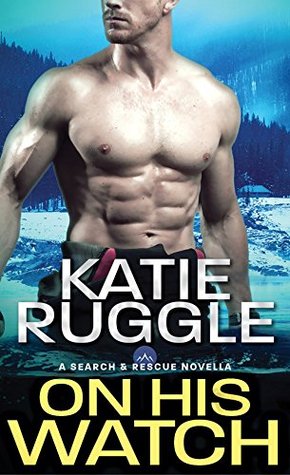 On His Watch by Katie Ruggle