All Jules Scott wants is to live a normal, quiet life—preferably one that doesn’t include ghosts. Jules’s talent for communicating with the dead has brought her nothing but trouble. Despite her best efforts, needy spirits always find her and draw her into their otherworldly drama. When one implicates her in a series of deadly crimes, she may need to entrust her secrets to the person least likely to believe her.?

He’ll do whatever it takes to catch her.

Detective Seth English can’t get distracted from the big case he’s working on, not even by his alluring new neighbor. He doesn’t believe that Jules had anything to do with the string of robberies-turned-murders that he’s investigating, but when she keeps showing up in all the wrong places, his gut tells him she knows more than she’s letting on. To solve his case, he’ll need to expose what the sexy redhead is hiding—no matter how impossible the truth may be?.

She sees the dead, and he’s a detective trying to salvage his career. So when she falls in through his window one night courtesy of a ghost, how can she explain to him what’s going on?

Jules is leaving a costume party when a ghost drags her into its, er, afterlife. This ghost is screeching inside her head to help her. When Jules ignores her, and instead begins to climb the fire escape into her apartment (since she lost her keys) the ghost directs her to go through the open window of Detective Seth English. Jules doesn’t realize the ghost is pushing her along until she comes to inside Seth’s apartment. And Seth thinks she’s a hooker who’s trying to do a little breaking and entering.

The mistake is rectified pretty quickly, which was nice, but it was still pretty funny to read. I’d say that this was a fun story. She starts calling for Big Jim, who Seth thinks is her pimp, but really it’s the nickname she’s given her foster dad/adoptive father. This whole scene was great. And it sets the tone for the whole story.

Jules is mixed up in solving the ghost’s murder and trying to stay out of Seth’s way. . .and his investigation. She can’t just tell the hot detective that she sees dead people, now can she? And while she doesn’t want to help the ghost out (she’s been trying to ignore and avoid them for as long as she can remember) the ghost girl doesn’t really give her a choice. Jules helps as best as she can. Unfortunately that makes her both a suspect to the police, and a target for the real bad guys.

I think the last quarter of the book was really exciting, I only wish that there had been more interaction with the ghost. I’d say this reads more as a romantic suspense with ghosts, rather than a true paranormal romance, but it works. The sense of humor and the mystery make for not just an interesting read, but a fun read too. 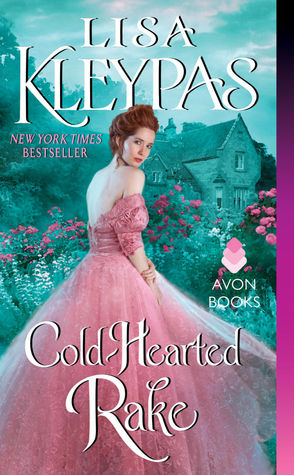