Though the Mage witch, Skye, has a gentle heart, demonic forces have enslaved her, forcing her to kidnap Paenther, a powerful and dangerous Feral Warrior. Even chained and naked, Paenther is a cunning prisoner who seduces her, body and soul, turning captive into captor.

Paenther's pride demands revenge against the enchantress who emerged from the deep woods like a sensual vision and enthralled him, even as she makes his body burn with passion. Despite his fury over her treachery, Skye's gentle beauty calls to his soul, calming the wild chaos within him, and stealing his heart. But when evil threatens, Paenther and Skye's only chance at survival is to trust in one another...and the power of love.

I actually broke up with the series because of this book. I refused to read any of her others after this. BUT it’s been a few years, and my mad has worn off, so I’m going to finish the rest of the series (courtesy of Avon Addicts-Thank you Avon Books).

I am having a really hard time rating this book. I have up til now liked the Ferals. I am not one for public sex…not sex in a public place (elevator, bathroom, etc) but sex 2 feet from others, while they watch. Not unless it’s an erotic story. This is paranormal romance, and I was surprised in the first book that the heroine had to have sex with her male while the other Ferals all touched her. Then in the second, the same thing, but here, in the third book…wow. The hero has been tortured and raped by mages in his past, several hundred years ago, and Paenther still holds that anger and hatred of mages. Who wouldn’t, right?

Enter Skye, a mage who enchants him with sex, and then uses sex to capture power to give to her master, the cruel soulless Birik. Well, even though Skye is as much a captive as Paenther, she still doesn’t do anything to free herself. We find out that Birik started raping her at age 8 and allowed the other sorcerers to do the same until she started using her powers for evil. Okay, that’s awful, really, I mean my God. But then she rapes Paenther. okay…just because the male is being taken against his will, doesn’t make it any less rape.

And meanwhile we love Skye for her gentle innocent self, but still…

Skye finally helps Paenther escape, and he drags her with him, but Birik can punish her with beatings and torure without being anywhere near her. So the Ferals eventually trust her, and she can mate with Paenther but it felt hollow. I liked Skye, I liked Paenther, I believed their love for each other. but the rape scenes, while not violent, and Paenther “wanting” it, but still saying no…I mean I want to write Pamela Palmer a letter and tell her “No means no!”

And I may be overreacting, but it’s hard for me to see a girl who was beaten and raped for 40 yrs or so willingly rape another.

I think the rest of the story was good, I mean I read the whole book, and I liked the main driving action, but I just can’t get past the whole raping him for power for a mage she knows has no soul, and will never keep his word? Come on, Skye. Also, she is able to use her enchantress powers to save Vhyper but not Foxx? I don’t buy it. It didn’t flow.

So I have difficulty rating this book, and I gave it 2 because I read the whole thing, and it kept me interested, and I like the characters. 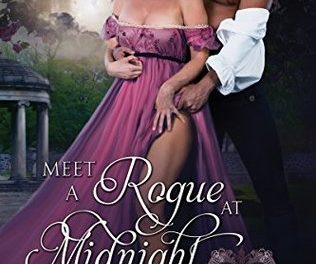