They are the Ghost Ops: a covert squad of super-elite soldiers. After their team was betrayed and massacred, the three surviving members went underground and built Haven, a community of misfits and geniuses. Now they're at a crossroads, facing a new threat capable of destroying everything they hold dear.

In the second book of Lisa Marie Rice's thrilling Ghost Ops series, the Haven team is faced with a new addition to their secret society-and a threat capable of destroying everything they hold dear.

When Nick Ross disappears from Elle Thomason's life, she is certain she'll never see the man she loves again—except in her dreams.

Ten years later, as a respected researcher breaking new ground in psychic phenomena, she sends a desperate call for Nick's help. One by one, her colleagues have started disappearing . . . and Elle knows she's next. An elite soldier, Nick never meant to hurt Elle, duty kept him away—and then she vanished. Now troubled by unusually vivid, disturbing dreams of Elle in danger, Nick will rescue the only woman he's ever wanted and bring her back with him to Haven. Though powerful men are after Elle and her special abilities, Nick will die before leaving her side again.

So this begins like a romance novel, but sort of turns into I Am Legend and then leaves you dangling for the next book to find out what happens. I can’t really explain it very well, but it feels like the first half of the book is all prologue, and the second half of the book is the actual story which then ends.

The storyline itself is actually super interesting and I’m absolutely hooked on the series, but this book couldn’t decide whether it wanted to be a Romance, a Thriller, or a Romantic Suspense. Add to that, that it takes place partly now, partly 10 years from now, and it’s sort of a Futuristic Thriller with Romance.

The series title of Ghost Ops is really what got me. I’m sort of on a NAVY SEAL/Special Ops kick, and this seemed perfect.  It begins with a wonderful heroine whose father has just passed. The past several years have been spent taking care of him as his mental and physical health declined, and this began around age 17, so the heroine Elle is basically dirt poor but trying to keep it together long enough to bury her father and take care of herself. At the funeral, Nick returns. He was a ward of her father’s for several years until one day he just disappeared. Gone. She lost her best friend that day. And when he came back he’d never once thought that this was how they’d reconnect.

This is all the first part of the book. It’s a super sweet and sexy reunion and then. . .he has to take a mission but can’t tell her. To Elle, Nick bailed once more. So she got up and walked away. Literally she just up and left her house.

Flash forward 10 years later. Elle unrealistically lands on her feet, and it turns out all the sexy dreams she’s had of Nick, all the weirdly realistic dreams she’s had her whole life (which aren’t made out to be enough of a plot point to sustain the powers she has, btw), all of these dreams were her superpower. Elle can astral project and she’s working in a lab on developing the technique when she finds out that she’s in danger. Big time.

And when she’s at rock bottom, holed up in a seedy no-tell motel, she psychically cries out for Nick. Who hears her. And goes to her. Of course.

This is where the crazy romantic suspense part comes into play. It sort of works, sort of doesn’t. I feel like the author wrote 2 books and fused them together. But the ending is left so wide open that nothing is resolved except for the HEA of the hero and heroine.

Nick saves Elle, of course, and takes her to his bunker. The seat of the Ghost Ops is this fantastical bunker that has everything, and they have millions upon endless millions of dollars, of course, and they have the latest in technology (which being 10 yrs from now, is pretty cool stuff). They sort of save Elle’s friend, and then some I Am Legend stuff happens and then it ends.

My final verdict is that I liked it enough to want to read on, and I did get caught up in the action. But I hope that the next book is more clear cut on what it wants to be, because the sweet romance to romantic suspense to thriller transitions were really rough. A book can be all of those things, but it can be done all as one, rather than feeling like I read 3 books smooshed together. 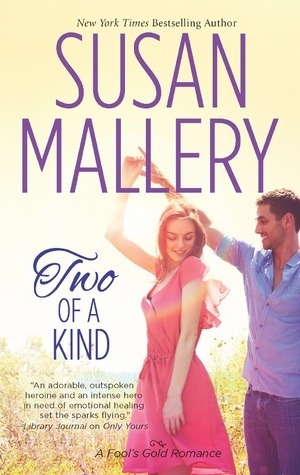