4 FLAMES = SMOKIN HOT!
What does that mean exactly? It means that you have 2 books in one. The same erotica short stories told in either the male or female perspective.
It’s kinda like when you get that user guide for the TV in 2 languages. The front is in English and turn it over and you get it in Korean or French. Well, you’ll have no trouble translating the text on these pages.
They are both in one language….the really hot, naughty & sexy kind!
I often wondered what went on in a guys head during sex, or even if said guy could think with the big one and use the little one simultaneously, apparently THEY CAN!
Though I did noticed that in every story the male participant was graced with gratuitous fellatio from a more then eager female counterpart, you’d think this guy’s junk was made of chocolate, really!
But, to be fair… the ladies are in no way suffering during these adventures, our mystery man gives just as good, if not better, than he gets. 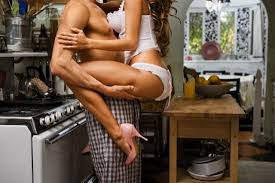 I found Flipside Erotica creative and different, but mostly I found myself wondering how many of the stories are actual accounts and which are fiction. Since I’ve actually chatted with Darren on the phone, I do know that at least half are real and in fact personal experiences…Hmmm, but which ones? And when he refers to the mans hard abs in many of the stories…Does Darren have a six-pack?
LOL, so many questions…
I’d like to share one of my favorite quotes, made by Darren Michaels:
“I would f*ck circles around you”
Maybe ALL of the stories in the book are about him?
We are going to get down to the nitty gritty tomorrow on
Blog Talk Radio!
8PM, PST
Join myself(DemonLover), Darren Michaels and Candi Fox on the Sex & Candi radio show for a Valentine’s Special about Flipside Erotica, Sex and Darren Michaels.
http://www.blogtalkradio.com/candifox/2011/02/14/flip-side-erotica
——————————————————
Want your own copy?
Comment below with your name, and join us tomorrow for the radio show.
If we mention your name on the show and you call in, you win an autographed copy of Flipside Erotica.
Find more about Flipside Erotica: http://www.flipside-erotica.com/blog/
Follow Darren Michaels on FB: http://www.facebook.com/?ref=home#!/profile.php?id=100001436800909
Buy the book:Flipside Erotica presents: Both Sides of the Story Vol. 1 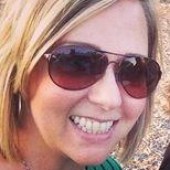 Stroke of Midnight by Bonnie Edwards

Book Review: The Face of Death by Cody McFadyen