Call and Answer
by Val Kovalin

Rating 4 out of 5 flames

Henri has just graduated high school and has been spending the warm summer nights hanging out in the bayou, enjoyably ogling a young black musician. He knows what he’s doing spells trouble, it’s 1959, he’s gay (and in the closet) and racial tensions are strong, but he’s drawn to the music and the beautiful man who doesn’t seem to mind playing for his audience of one night after night. One night things change and Henri realizes the beautiful man, Gabriel, shares in the attraction. He sings seductively to Henri, invites him inside the cabin and tells him, “You burn so bright. All that lust like a bonfire lighting up the darkness.” How could Henri resist? How could anyone? Henri is ready to lose his virginity but before they begin their lusty affair Gabriel insists Henri know exactly what he’s getting into and then transforms into an alligator!

The opening scenes are filled with a heady sense of longing and desire. I was torn out of my dreary rain filled world and felt part of the lush sensual world the author was creating. I thought to myself “this is lovely and the reason I read”. And I don’t do that often. This story was very different from the plethora of shifter books out there and I thought it felt much like a dark edged fairy tale, my favorite kind. Gabriel was something of a nature spirit, hibernating until called and then, through sex magic, spending the season raising and releasing power to avert natural disaster and heal both the land and its people. After the beautifully descriptive setup, the gator shifts felt like a natural, organic part of the story.

So the two begin their heated, hidden fling, having sex whenever and wherever they can and what starts out for Henri as a sexy summer fling grows into something much deeper. But he fears Gabriel does not feel the same. Other complications ensue when Henri doesn’t spend the power properly, makes a very poor choice (but I forgave him because he was only 18), gets himself entangled in another family’s drama and debates coming out to his parents.

I found Gabriel’s behavior at times so hysterically not human. He was never just a character who happened to be able to change into an alligator. He was human but also very much alligator and I really enjoyed his character. He came alive for me and I enjoyed this story most when he and Henri were interacting. They had some great chemistry and their affection for each other was clear in every exchange. Henri’s confusing new feelings and his longing for love were very well written.
“Now, would you come to dinner at my house?”

“Meet your family?” Gabriel gave him a searching look and started to smile.
“Please,” Henri said. “It’s important to me.”
“Cher, you so nervous.”
“Well, I never brought someone home before.”
“What am I coming as?” Gabriel winked at him. “Your sweetheart?”
Henri couldn’t help giving him a hurt glance. The question sounded mocking . . . Gabriel raised his hands in wordless apology. The tension drained from Henri’s shoulders, and Gabriel leaned close and pressed a kiss to his neck. “

I did feel there was a bit too much outside drama going on but that’s something I complain about in most books where I’m enjoying the romance of it all. I enjoyed the unique storyline, the hot and believable romance and the unexpected bits of humor and thought the ending went well with the dark tinged fable like feel that was set up from the very beginning but you won’t see me turning down a chance to read a sequel!

Bound in Death by Cynthia Eden 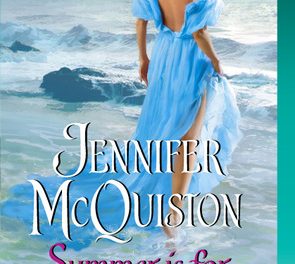