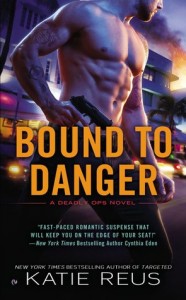 At a benefit dinner, community activist Maria Cervantes overhears two men plotting a terrorist attack that could rock Miami to its core. But before she can alert authorities, she’s almost killed in a massive explosion—and wakes up in a hospital with no memory of what happened. As the sole survivor of the attack, she is now a person of interest to the NSA—and especially to Agent Cade O’Reilly. Because Maria is the one woman Cade has never been able to forget.

Years ago, they were closer than either was willing to admit—until Cade disappeared when Maria needed him most. Now he’s sticking by her, whether she likes it or not. Because the memories locked inside her mind could hold vital clues to the next attack. Because terrorists want her dead—and because he never wants to let her go again.

While Maria is getting over a horrible stomach flu, she has a charity function to attend. It normally would be something she’d blow off until she felt better, but unfortunately she has to attend.
She comes from an affluent family and even has a bodyguard with her at the event. But while she’s inside looking for her mother, her stomach has other plans. In her feverish state, hugging a toilet in an unused room, she overhears terrorists planning something horrible. It gets worse. She recognizes one of the voices.
Maria runs. She staggers to the lawn and runs for her bodyguard, and friend, Nash. But she doesn’t make it in time. Instead the entire mansion the gala is being held at is blown up. Maria’s mother is killed and she is the only person to survive.
The NSA wants to know why Maria was in the lawn, and not inside, and they want to know what, if anything, she knows about the explosion. They aren’t the only ones who want to know.
Unfortunately Maria has no memory of the night.
CadeO’Reilly is working for the NSA, and when he sees Maria’s name, he specifically asks for her assignment, even though it’s not his usual type. Cade and Maria used to be friends, in fact, he and her brother were best friends in the military. Until her brother was killed, then Cade vanished leaving Maria wondering what had happened. She felt like she lost her brother, and her best friend all in one day.
Cutting all contact with Maria was hard, but going back and seeing her in danger was harder. Cade was determined to keep her safe, but he also needed to know what she had overheard.
Their attraction is still simmering beneath the surface, but they can’t worry about that now. Maria’s life is in danger, and it’s more than just the terrorists. She may be hurt and angry with Cade, but she trusts him, and that’s what matters. She knows he’ll keep her safe.

The terrorists are given their own point of view here, so you feel like you know the mystery, yet there’s a missing piece to it, and I was way off on what I thought it was, so hat tip to you, Ms. Reus. You pulled one over on me. The action never stops, and once Maria remembers what it is she overheard, it only makes it that much more dangerous for her.
I loved the second chance at love trope, and I really liked the cast of characters. There’s a rogue agent named Levi, there’s Maria’s bodyguard Nash, and I even liked Cade’s commander. This might be book 2 in the Deadly Ops series, but it stands alone well, and you won’t be confused.
Full of excitement and threats lurking around every corner, Bound to Danger is a heart pounding Romantic Suspense that you’ll find hard to put down.

Review: If You’ve Got it, Haunt it by Rose Pressey 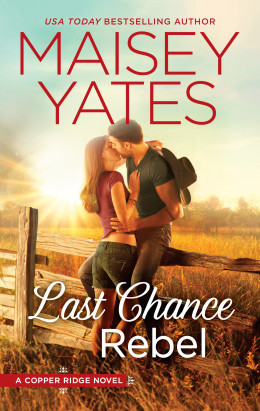 #WeekendQuickie #Review: You Slay Me by Katie MacAlister