She faked her own death…

Skye Arévalo left the CIA and faked her death to protect Colt Stuart, the only man she ever loved. Months later, a brutal kidnapping draws her to quietly infiltrate a dangerous cartel. Just when she thinks she’s home free, things go horribly wrong and she escapes with bloodthirsty enemies on her heels…only to find herself face to face with a bewildered and angry Colt.

He’ll cross every line to save her…

When Colt, a former Marine, finds out the woman he loved betrayed him, he’s shocked and hurt, but it doesn’t stop him from breaking every law on the books to keep her alive. Unfortunately, it might not be enough to stop a powerful enemy who will do anything to see the world burn and Skye dead.

This is the first book in new series Redemption Harbor, and it begins with a bang! Or a flash bang, rather.

Colt is part of the CIA, and his last partner, and the woman that he loved, was killed in an explosion. He’s spent months grieving, but now his friend needs his help. His friend’s wife was killed in Mexico, but Colt has heard rumors that she may not have been killed, but rather kidnapped. Not wanting to get his buddy’s hopes up, he decides to go in alone and find out if she’s still alive.

Skye faked her own death in order to save the man she loved, and his friends. It’s the only way. We don’t know why, right off the bat, but we do know that he believes she’s dead. And we know she’s been living under the radar in Mexico. When she hears that a local cartel lord has a doctor being held hostage, she’s curious. Finding out the woman was Mary Grace, one of Colt’s friends, Skye knows she has to rescue her. So she does. Right before Colt is about to do the same.

Colt finding out that Skye isn’t dead is so emotional. He’s not even mad, he’s just so happy she’s alive. These two are perfect for each other. And Colt makes Skye see that he’s not going anywhere, and she can trust him with her problems. He knows she wouldn’t have faked her death and gone underground if it weren’t something huge.

And he’s right. It is huge.

Told through a combination of flashbacks and current action, we see how Skye and Colt got together, and why and how she faked her own death. And why she’s “back from the dead.” I enjoy this author’s writing style, and her Romantic Suspenses are almost always tinged with the political thriller vibe. She uses current events and realistic characters to push her stories.

I loved how everyone came together, how we get to see how and why the new security company is formed. She is able to set up the series without making the reader feel either overwhelmed with too much information, or make you feel like you’re missing something because she’s so busy setting everything up. This book is the perfect blend of a standalone Romantic Suspense, and the beginning to a new series with all the backstory you need.

For an emotional and action-packed story, Resurrection delivers.

***ARC courtesy of the KR Press 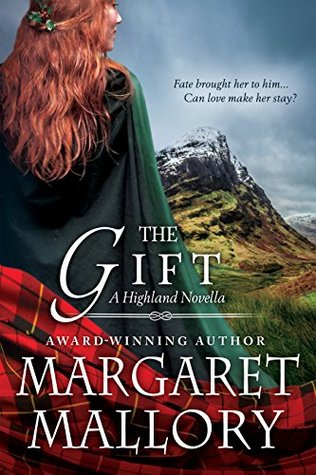 Review: The Gift: A Highland Novella by Margaret Mallory