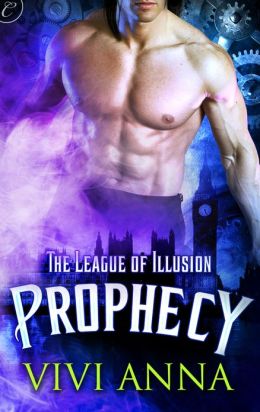 Book two in the series still finds the brothers Rhys Davenport and Jovan Davenport searching for a way to get their older brother Sebastian back from whatever realm he’s in.  This book focuses on Rhys, the middle brother, who has stolen a map from a dangerous adversary that can help them find a portal to use.  Problem is, part of the map is missing.  Bigger problem is that the missing piece is brought to him by Corina Stratton, psychic pain in his butt.  An uncomfortably attractive one at that.  The two of them must work together to try and track down the right portal, but Corina has motives of her own and they’ve got nothing to do with saving Rhys’ brother and everything to do with saving someone very dear to her.
Of course there are powers working against them, both from outsiders trying to stop them at any cost, to the attraction they can’t fight any longer.  The journey won’t be easy, but maybe they’ll both find what they really need.
I don’t quite know what to say.   I liked it but something was missing.  I think part of the problem is that I didn’t read the first one so I missed some of the character development between Rhys and Corina, therefore it seemed like they came together a little too quickly for me.  However the author did a good job of catching you up to the plot without rehashing the previous story, at least it came off that way to me.
I also liked that Rhys, while a powerful illusionist, isn’t so powerful and amazing that it’s a joke when he can’t defeat his enemies.  I wish I could’ve gotten to know his friend, Lord Percy Effington, a little more but maybe that’s in the first book as well.  Dang, guess I’ll have to go back and read that one 😉
It’s steampunk light but the elements and the nod to Captain Nemo and 20,000 Leagues is fun.  After all, where would steampunk be without it?  Enjoyable read, and I’m interested in continuing the series so that makes it a success in my book.
*eGalley provided by Carina Press via NetGalley*