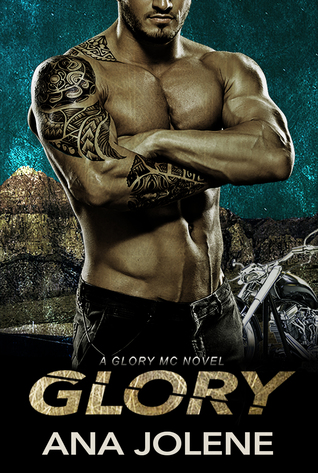 Nineteen year old, India Beaumont has bipolar II disorder. Living in a world where solar flares have reshaped society, she must fight to survive in Ward Four where the only people thriving are part of an exclusive motorcycle club. Glory MC don’t play well with strangers but when Indy manages to land a job as a bartender at their clubhouse, she gets the fresh start she’s always dreamed of. While everyone else is focused on the flares, no one will be paying attention to her or the disorder she means to keep from everyone.

The president’s son, Ian Haste, is the first to zero-in on her, seeming to sense the kindred spirit that she desperately hides. As secretary and treasurer of Glory MC, Hastie is exactly who Indy needs to avoid, but the reckless lifestyle he lives may also be the one thing that helps him understand her better than anyone else.

As tensions rise between Ward leaders, Indy’s secret threatens to be exposed before she is ready, and with only pieces of the puzzle, Hastie doesn’t know what to believe. When he finally discovers the secret she’s been hiding, will Hastie still be able to love her or will he deem Indy too crazy even for him?

Ana Jolene is the author of the Glory MC series, a New Adult Dystopian and the Contemporary Romance series, Moonrise Beach.

Growing up as a rebellious kid didn’t allow for much reading time. It wasn’t until she was in university that she found her passion for books and has since then devoured every book placed before her. Ana holds a B.A. in Psychology and has worked in both IT and Administration. But she’s had the most fun in the bookish world, working as a reviewer, columnist and assistant to multiple sites and authors.

Ana currently lives in Toronto with her family and an extremely lazy Shih Tzu whom she adores. To learn more about Ana and her books, subscribe to the newsletter to be notified of the hottest new releases and giveaways!