In Karen Marie Moning’s latest installment of the epic #1 New York Times bestselling Fever series, the stakes have never been higher and the chemistry has never been hotter. Hurtling us into a realm of labyrinthine intrigue and consummate seduction, FEVERBORN is a riveting tale of ancient evil, lust, betrayal, forgiveness and the redemptive power of love.

When the immortal race of the Fae destroyed the ancient wall dividing the worlds of Man and Faery, the very fabric of the universe was damaged and now Earth is vanishing bit by bit. Only the long-lost Song of Making—a haunting, dangerous melody that is the source of all life itself—can save the planet.

But those who seek the mythic Song—Mac, Barrons, Ryodan and Jada—must contend with old wounds and new enemies, passions that burn hot and hunger for vengeance that runs deep. The challenges are many: The Keltar at war with nine immortals who’ve secretly ruled Dublin for eons, Mac and Jada hunted by the masses, the Seelie queen nowhere to be found, and the most powerful Unseelie prince in all creation determined to rule both Fae and Man. Now the task of solving the ancient riddle of the Song of Making falls to a band of deadly warriors divided among—and within—themselves.

Once a normal city possessing a touch of ancient magic, Dublin is now a treacherously magical city with only a touch of normal. And in those war-torn streets, Mac will come face to face with her most savage enemy yet: herself.

**Review Disclaimer: This review is for book 8 of a series, and yes, the books should be read in order.  This review likely won’t make much sense unless you have read the entire series, or at least most of it.**

Alright, I know it’s been awhile since this book released and I FINALLY got around to reading it.  I’m not exactly sure why I delayed, but I think it’s because the last book or 2 wasn’t exactly my fave.  I wasn’t the biggest fan of “Jada.”  I was a bit disappointed in Mac and I felt like there was a lot of filler story and not a lot of substance.  However, Shadowfever (book 5) is still an absolute favorite book and I am loyal to the series and love Karen Marie Moning’s writing.  So, I grabbed the audio book and listened away.  My initial reaction: Yes!  The Fever series is back!!

There are so many characters to this series that I have come to love and want to know more about and Feverborn delivered.  Mac is back in a big way, she is ready to start facing her inner monster and she and Barrons heat up the pages.  We gain more insight into Jada/Dani and the story feels more focused than the last book.  I don’t like to go into too much detail or spoilers in these reviews, so suffice it to say that this is my favorite since Shadowfever and I can not wait to read the next installment!  So, I am rating Feverborn 4 stars (I reserve the 5 for Shadowfever still, but I have high hopes for book 9).

Notes on the audio version:  The audiobook was narrated by Luke Daniels and Jill Redfield and both these narrators are fantastic.  They bring the characters to life and beautifully deliver the story.  I really like that there are 2 narrators, because there are quite a few characters and points of view in Feverborn.  5 Stars for the narration and story quality of the audiobook! 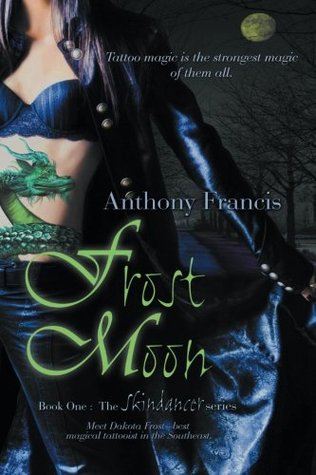