Time to embrace your inner evil.

Rose Kinley never intended to be one of the most feared creatures to walk the earth. Once upon a time, she was a human—one who fell in love with a mysterious stranger. But when she got caught in a paranormal war, she lost her humanity and died…only to wake later as a vampire.

Now Rose has a choice. She can continue to try and be the good girl she once was or she can let her darkness out to play. Maybe it’s finally time for her to step into the dark.

Panther shifter Julian Craig has a mission—protect Rose at all costs. It’s his fault that she lost her human life, and he literally made a deal with the devil so that she would have a second chance as a vampire. And as part of that deal, he’s supposed to keep his hands off Rose. An impossible task considering the dangerous lust he feels for her.

When Rose is targeted by a paranormal collector, Julian knows that he will have to let his own beast out if he is to protect the only woman who ever touched his battered soul. Rose may be afraid of the darkness she carries, but Julian is more than ready to show the world just what kind of a monster he truly is. Julian isn’t afraid of the dark…but the monsters that wait in the shadows? They will bow to him.

He’ll show her just how good it can feel…to be bad.

Julian is a panther shifter, and he owes Luke everything. Luke is…well, he’s a lot of things, few of them good. He and his twin Leo basically keep the balance. Luke is everything dark, and Leo is everything light. Except…except that there are always grey areas, aren’t there?

Julian is a grey area. And the love of his life, Rose? She’s definitely a grey area. Rose was human. Now she’s not. And it’s Julian’s fault.

Rose hates being a vampire. She’s blamed Julian ever since she woke up with fangs. But someone called The Collector is after her now, and she’s starting to realize that Julian was never the villain she made him out to be. Now that he’s not leaving her side until she’s safe, she’s starting to see that he’s not as scary as she thought, and that being a vampire isn’t all that bad either.

Julian knows he’ll have to let Rose go once this Collector is handled. He knows it’ll rip his heart out to leave her, but he’s doing the right thing this time, even if it’s ripping his heart out. What he doesn’t count on is that Rose may not want him to go. But this isn’t as simple as tracking down the bad guy and turning him over to the authorities. There are always other problems waiting to show up.

Leo, all that is good and light, isn’t so good. I can’t wait to see what’s happening with him.

Luke, isn’t as bad as everyone likes to think.

The next couple books are going to be very interesting. 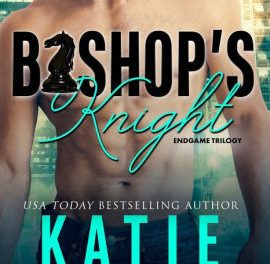